Bryan Loo, the man who brought Chatime to Malaysia and sparked off the modern tea drinking culture, today launched his latest venture in the food and beverage industry with Tino’s Pizza Express (Tino’s), at Nexus Bangsar South. 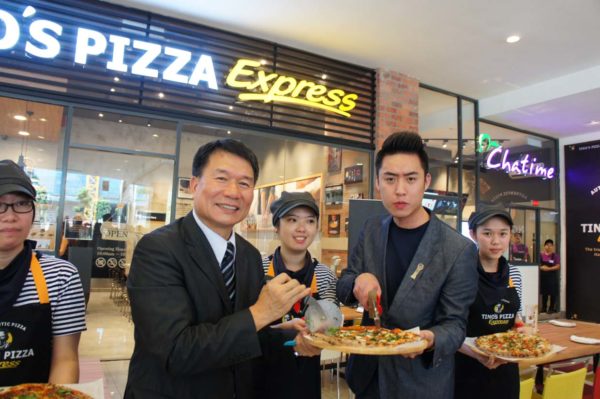 “We will offer the freshest Neapolitan pizzas, oven-baked to perfection in under two minutes. Tino’s uses naturally fermented dough baked at a high temperature to achieve a crusty texture that is both crispy and chewy at the same time,” said Bryan.

According to the rules proposed by the Associazione Vera Pizza Napoletana, the genuine Neapolitan pizza dough consists of wheat flour, natural Neapolitan yeast or brewer’s yeast, salt and water. For proper results, strong flour with high protein content (as used for bread-making rather than cakes) must be used.

The dough must be kneaded by hand or with a low-speed mixer. After the rising process, the dough must be formed by hand without the help of a rolling pin or other machines. The pizza must be baked for 80 seconds in a 500°C oven producing a charred, crispy, tender and fragrant pizza.

Bryan went on to add that Tino’s uses only the freshest ingredients to bring out the best flavours to maintain the authenticity of a gourmet pizza, in the hopes of transforming the pizza experience for Malaysians.

Serving medium and large-sized pizzas, each Tino’s pizza dough is hand-tossed and stretched before being put into an oven to bake at 500 degrees Celsius. Under the high heat baking process, the dough is allowed to cook in just under two minutes before it is taken out, sliced and served.

In order to meet its “express” status, the pizzas are prepared approximately ten minutes before it is served on a wooden board, reducing preparation time with no decrease in taste and flavour.

There are various original flavours such as the Lamb Abruzzo and Fiorentina but Tino’s also offers Asian inspired variants such as the Duck Caponata, which features a unique roast duck recipe. The Mexican inspired and aptly named Mexicana is covered in Jalapenos instead.

Focaccia pizzas, which are uniquely stretched to an oval shape, and is best shared between two people or enjoyed as a personal hand-tossed pizza, come in various flavours such as the Blue Fomaggio, which utilises blue cheese in its preparation, or the smoked salmon topped Salmone Affumicato, along with Shrimp Pugliese, which is generously covered in shrimps and vegetables.

The first outlet has seen a full house of people dining in and taking away the pizzas since they opened on the ground floor of Nexus Bangsar South, and has already garnered rave reviews by netizens.

Bryan added, “We will actively engage Malaysians and promote the brand to them through our mobile and social networks, which has given us great results all this time. That and the fact that patrons love freshly baked delicious gourmet pizzas fast and the word of mouth reccommendations.” 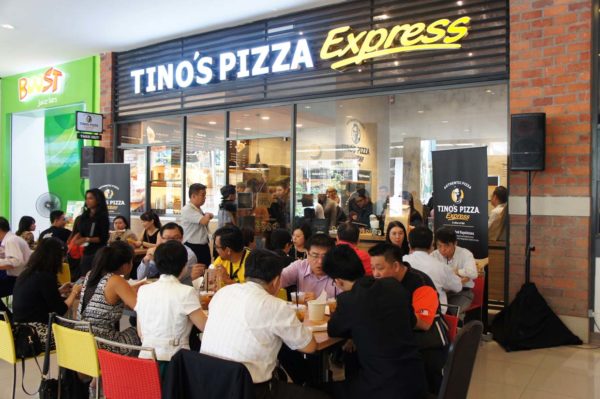 Malaysians now are able to enjoy Neapolitan style gourmet pizzas and can expect big plans from the man who built Chatime Malaysia into a beverage powerhouse, as other Tino’s Pizza Express outlets are already being planned, the second of which is expected to open in the Gardens Mall in August this year.

For more information, visit their Facebook page at www.facebook.com/tinospizzamalaysia.