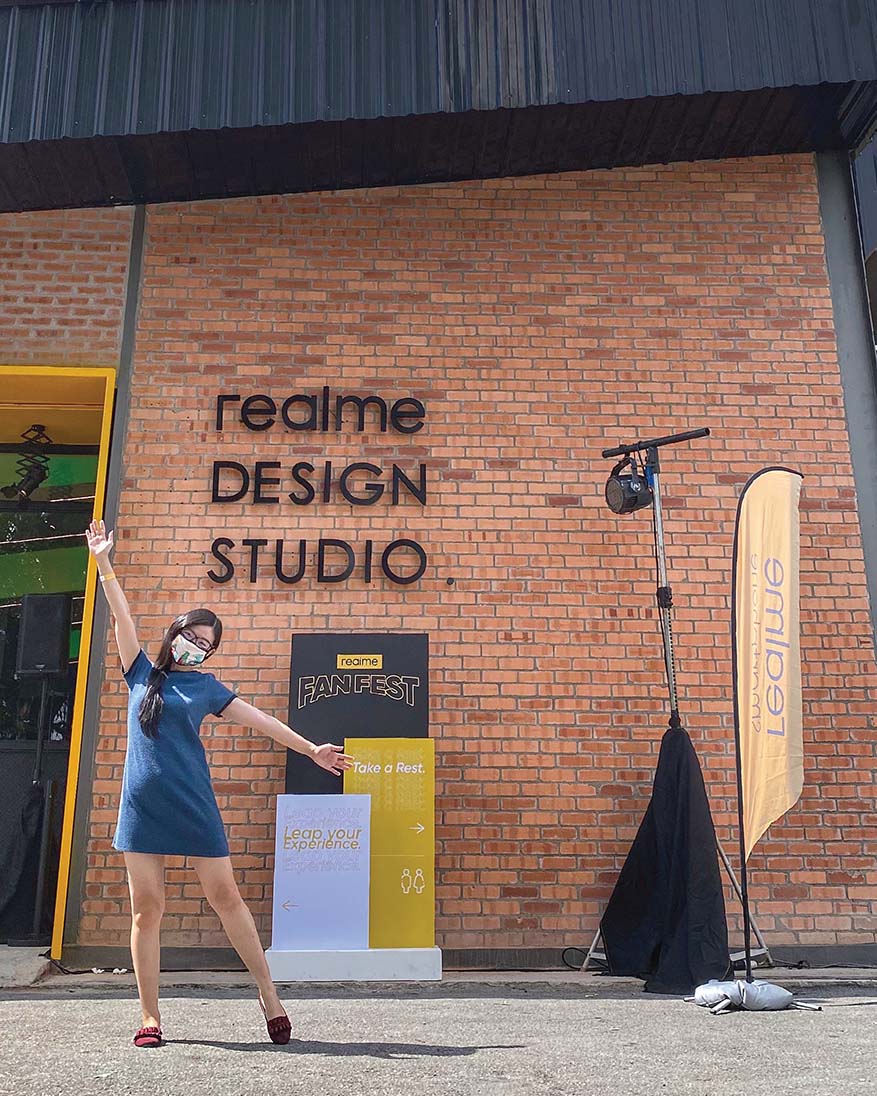 realme Malaysia will celebrate “Dare to Be realme” brand campaign and “realme 828 Fans Festival” together with 40 million realme fans all over the world!! With that, realme encourages youth to be themselves and become important new forces in changing the world. 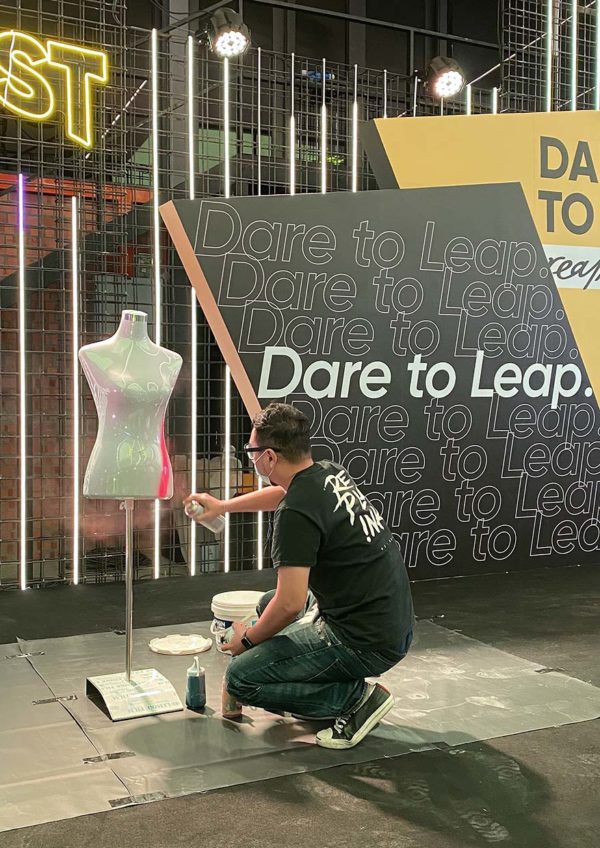 The annual “realme 828 Fans Festival” is just around the corner and fans are able to have double celebrations as realme has collaborated with brands to make this festival a memorable one. It will be taking place on 28 & 29 August from 11:30 am until 10 pm and 30 August from 11:30 am until 12 am in conjunction with Merdeka Day at realme Design Studio.

Fans who wish to participate in “realme 828 Fans Festival” are required to register at https://forms.gle/8xvBk45yvETwt2Yp7. Fans who prefer to enjoy the festival at home are able to do so simply by tuning in to realme Malaysia’s livestream via Facebook. 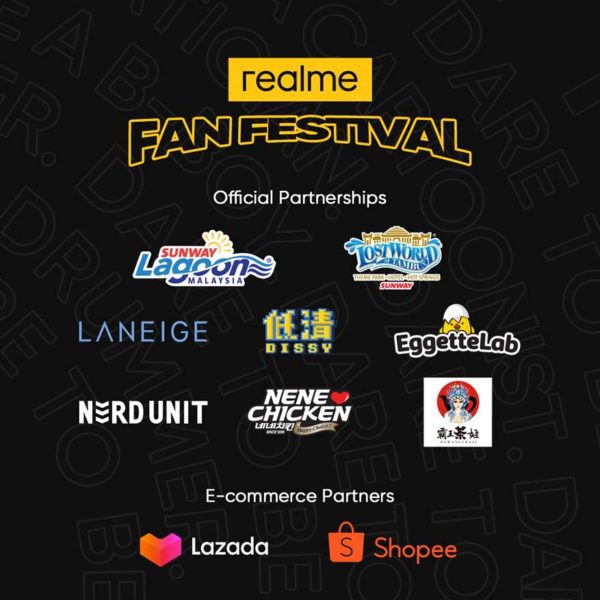 realme has also collaborated with brands that are popular among the Malaysian youths such as Laneige, Sunway Lagoon, Lazada, Shopee, Nene Chicken, Nerdunit, Eggette Lab, BaWangChaJi and Dissy. Fans will stand a chance to get goodie bags, cash vouchers, rebate vouchers, free food coupons, ice cream coupons, and many more. 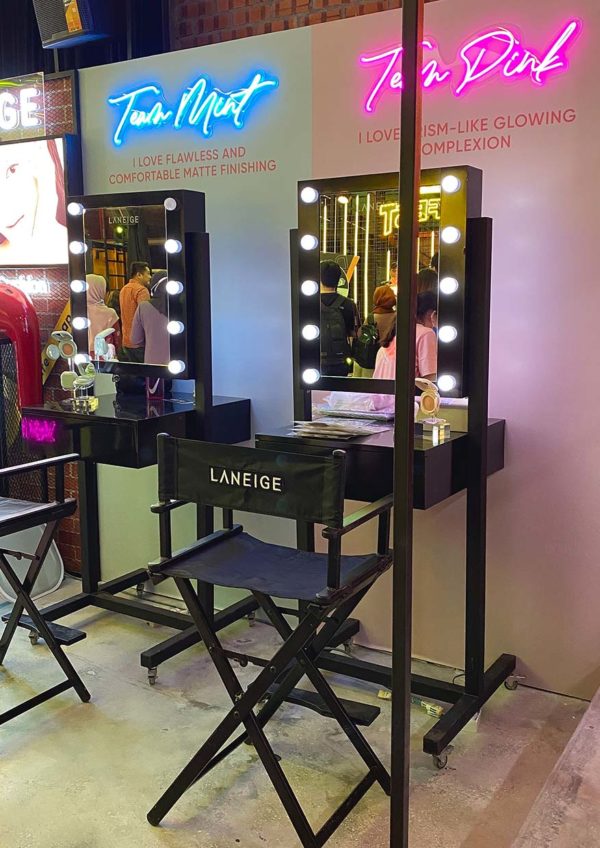 Apart from that, there will be lots of exciting activities such as the maze string, paint cup activity, spinning wheel, The Chicken Spy, DIY Eggette Workshop, mannequin artwork showcase, selfie check-in, Wonderful Wallet RM1 and Tiktok Challenge prepared throughout the festival. 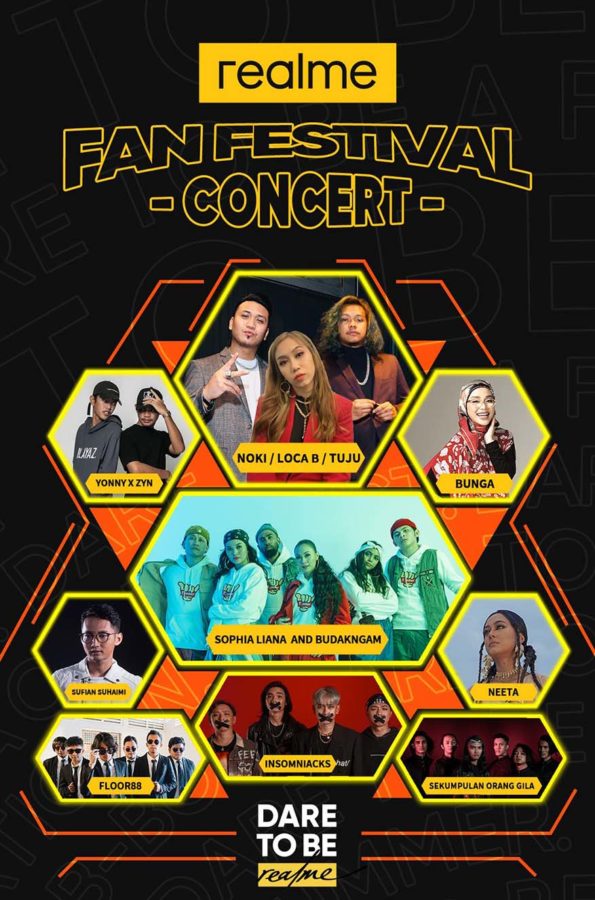 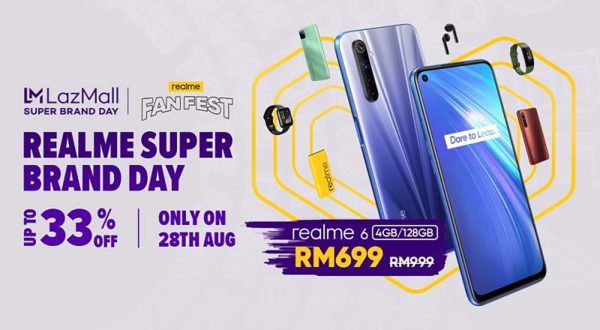 Here's our ode to the braved ones.You know there's nothing that can STOP you if you Dare To Be.#DareToBerealme#DareToBeMYrealme

As the only Android smartphone brand whose shipment increases in Q2 of 2020, realme has always been insisting on “Dare to Leap” and bringing smart trendsetting gadgets with leap-forward performance and Trendsetting Design to strongly keep leaping forward. In the “Dare to Be realme” brand campaign, realme starts the “Dare to Be____” words-with-friends on T-shirt interactive activity to encourage the young to be themselves.

Centered on Smartphone and AIoT, realme is committed in bringing trendsetting culture to the technology industry of equipment, software and ecology to build a Tech Trendsetter Life around all scenarios, thinking about and exploring more possibilities and diversities of trendsetting life. Since being established two years ago, realme has always believed that “You don’t need to be someone to change the world” and been going beyond itself and trying to be the leap-forward new force, which can not be ignored in the smartphone and AIoT industry. 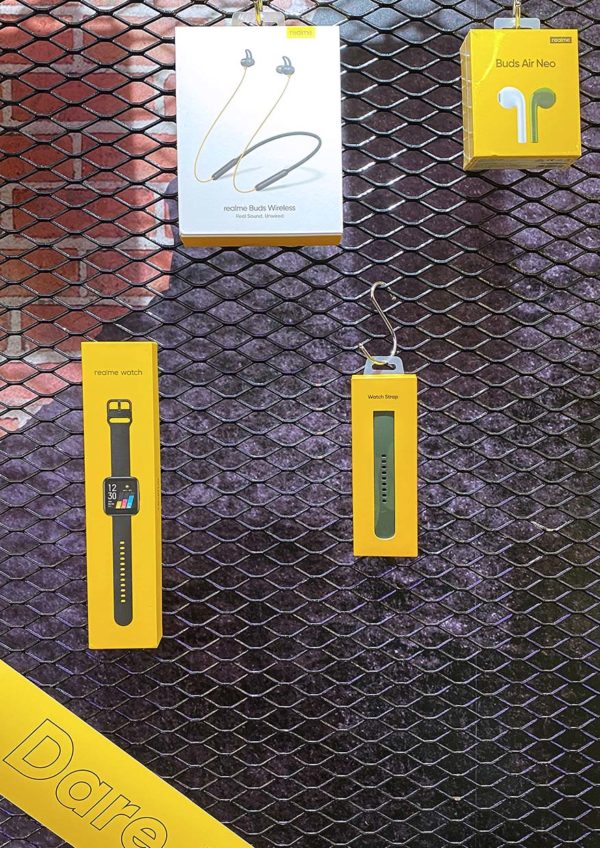 According to the latest statistics of Counterpoint, realme has been the world’s fastest growing smartphone brand for four consecutive quarters and became the only Android smartphone brand whose shipments increased in Q2 of 2020, continuing the speed-up increasing power of the world’s fastest growing smartphone brand. In the first half year of 2020, realme has gained another 15 million users that has opened up to 22 global markets and been adored by global users, another milestone for the leap-forward performance and trendsetting design. 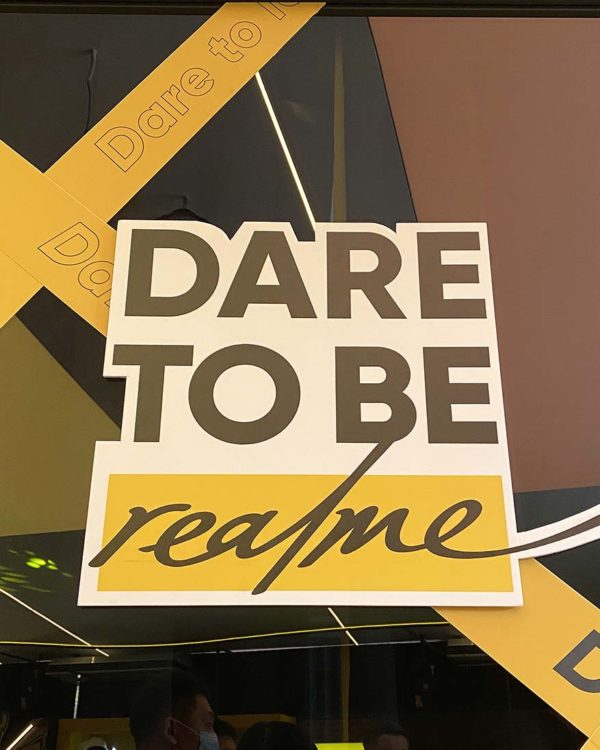 realme expects to be the brand, which is born for the youth and really understands them in bringing more possibilities of expressing personalities in a trendsetting way. This means the first style of integrating “trendsetter” with “technology” to be together with Malaysia youths and co-create the “Tech Trendsetter”.

The reason behind various changes in the fashion industry are due to changes about people. When youths are already on the streets and advocating a new trendy culture, brands can not only rely on the data of smartphone parameters to gain the favor and recognition of youths. In order to have a better understanding of youths around the world, realme has created fun activities with various brands of clothes, food and beverages, beauty, lifestyle and many more.

Being the brand that likes to make friends with youths the most, realme blows the storm of “Everything can be realme” around the world and is adored by global youths in an extremely short time. The ‘828 FanFestival’ is created as the Double 11 Festival for fans all over the world in fully showing the trendy personality and attitudes of realme in a trendsetting way that youths like the most, offer the most comprehensive promotions as well as encourage users to be real me with the brand. 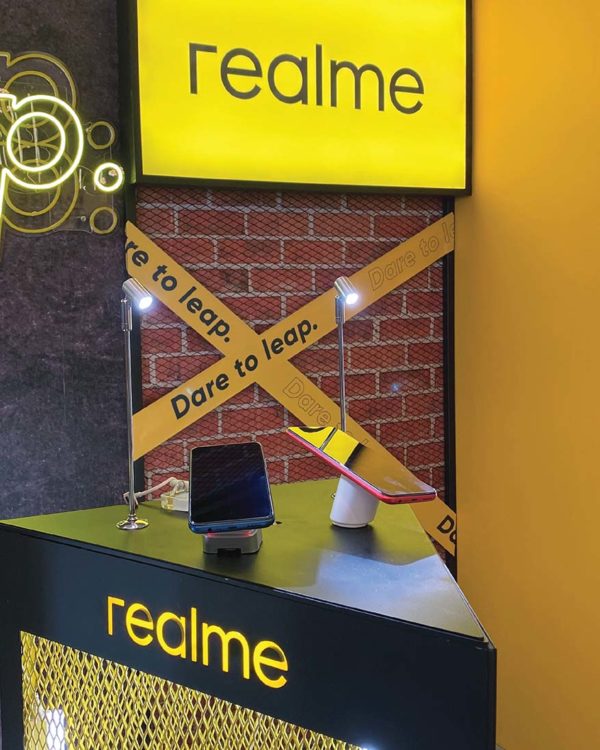 Under the current negative environment of the global smartphone industry, realme constantly ranks Top 7 in the world with the power of the world’s fastest growing smartphone brand, while being the only Android smartphone brand whose shipment increases in Q2 of 2020. Currently, realme has entered 59 markets, 5 continents and gained the market share which ranks Top 5 in 9 markets. As the new brand that “Dare to be realme” and “Dare to be realized”, realme is redefining the structure of internet smartphone markets with the power of increasing rapidly and aims to carve a niche for itself.