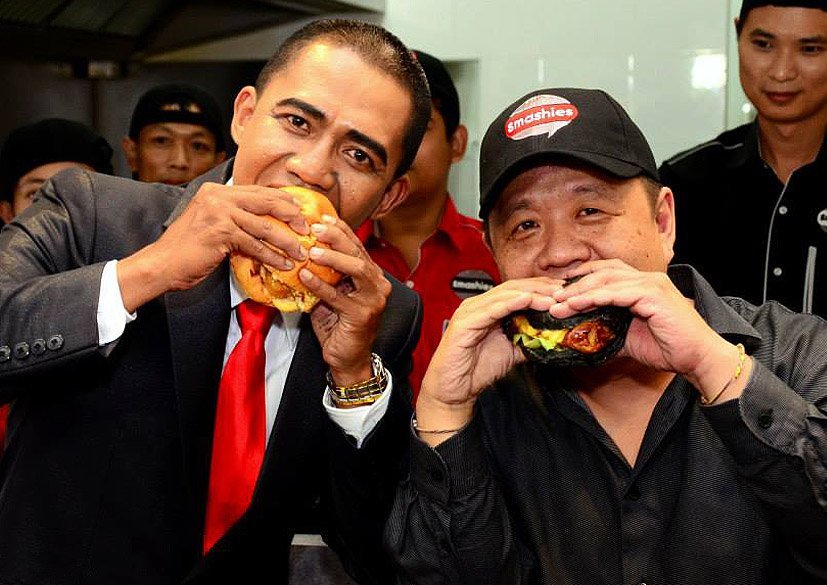 There is a new burger sensation in town and its launch was “smashing”, to say the least, marking the official start of a “burgerlution”.

Smashies Burger was officially launched with Asia’s very own Barrack Obama in attendance. The political icon representation was in homage to the recent independence day of the United States of America, birth place of the original ‘Burger’ some 273 years ago.

Following intense anticipation, “President Obama” arrived in true presidential style at Smashie Burger in Setapak complete with top-level fanfare including his official limo, bodyguards and entourage. He received his first taste of a Smashie Burger, and officiated the opening of Malaysia’s newest burger sensation to much excitement and curiosity from passers-by.

Smashies Burger derives its name from the method by which their burgers are made – by smashing a ball of pure, ground beef on a grill, searing in its natural juices to lock in the patty’s natural flavors for that truly distinct taste. To add to the unique experience, the outlet’s burgers feature colored buns, derived from all-natural ingredients. The names of Smashies’ burgers, too, are anything from ordinary with names like the Annoying Orange burger, the Red Moo burger, and the My Mistress burger, among others.

Although it draws inspiration from American influence, Smashies Burger is very much Malaysian. It was started by former investment banker, Will Soh. Having spent more than 20 years working in the financial industries both locally and internationally, he gave it all up to pursue his true passion, and started Smashie Burger, to overwhelming support from patrons from all over the country.

“Throughout my academic and professional career in the finance industry, I had the opportunity to travel to many countries around the world. While I was in the United States, I discovered that there was nothing like a good, wholesome, juicy, mouth-watering burger. During my career, I would reminisce being in the company of great friends, having fun over a delicious burger. That’s the experience I wanted to create with Smashies Burger, and I hope many more memories will be made here,” explained Soh.

Given to the popularity of his burgers, he may consider opening up a second branch in Petaling Jaya within the next six months, following the requests and feedback from customers.

Smashies Burger is located in Metro Genting on Jalan Genting Klang in Setapak. More information about the outlet can be obtained on its Facebook page at www.fb.com/SmashiesBurger. 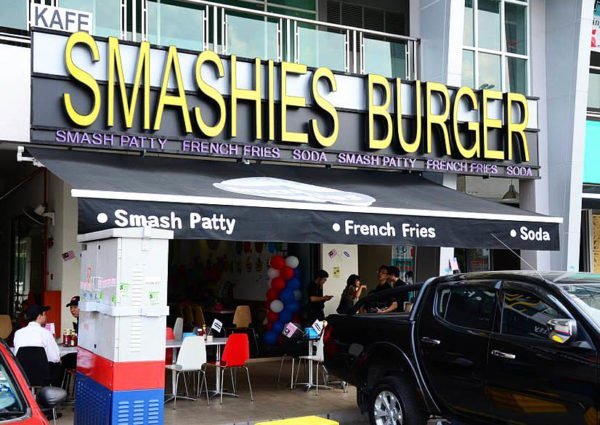