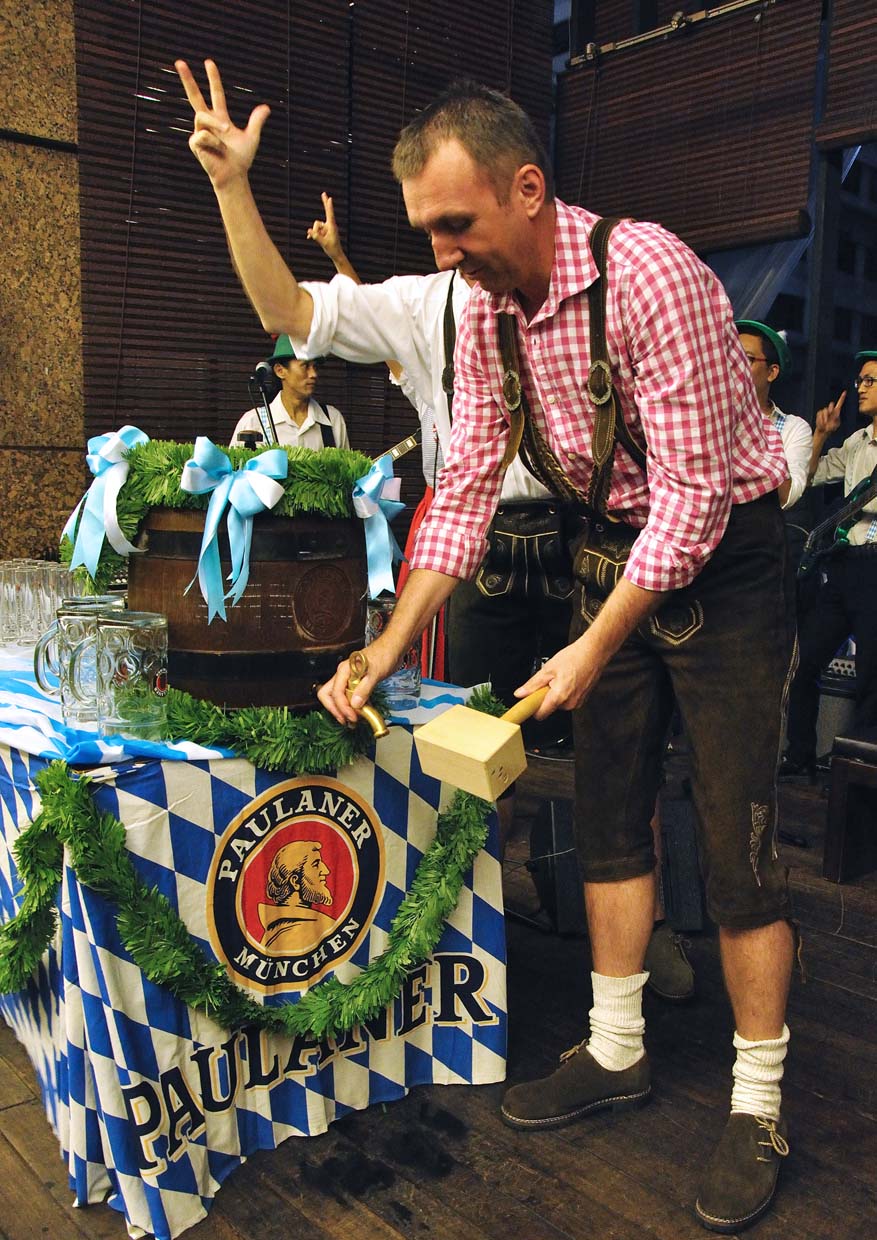 The familiar proclamation of O’zapft is! (meaning ‘It is tapped!’) rang through Brotzeit German Bier Bar & Restaurant at Mid Valley’s al fresco boulevard on last Saturday 20 September 2014 7 p.m., about the same time the first Oktoberfest barrel was tapped by Munich’s Mayor. This officially marked the commencement of the largest and most celebrated bier festival on the planet.

Oktoberfest traditions date back to 1810 to the fairy tale royal wedding of Crown Prince Ludwig and Princess Therese, where for the first time the local community were invited. With free flow of beer and abundant food, the celebrations went on for 5 days. So much fun they had, that it was repeated year after year, each year on a grander scale than the last, to what has today become Munich’s famed Oktoberfest – often coined, the biggest bier party in the world! 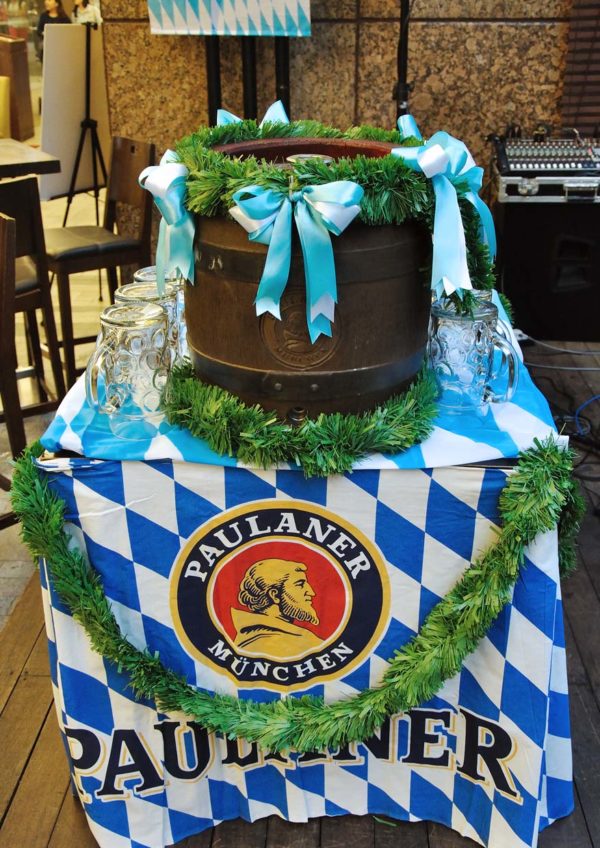 Brotzeit’s bier lovers were privileged to be amongst the first to savour this year’s brew on tap from the breweries of Paulaner and Hacker Pschorr, two of the six allowed to officially brew Oktoberfest bier.

Brotzeit’s native Bavarian Chef Helmut had prepared some authentic cuisine for guests to be in good stead for a celebration to remember! 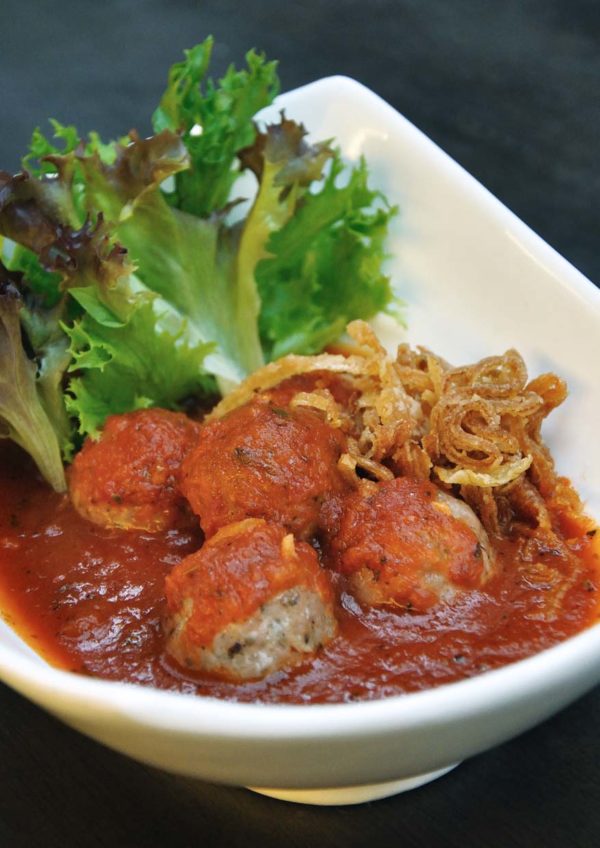 Served together with buttered spatzle, this flavorful beef goulash with braised beef shank in paprika sauce was so tender; it was truly a memorable dish not to be missed at Brotzeit. 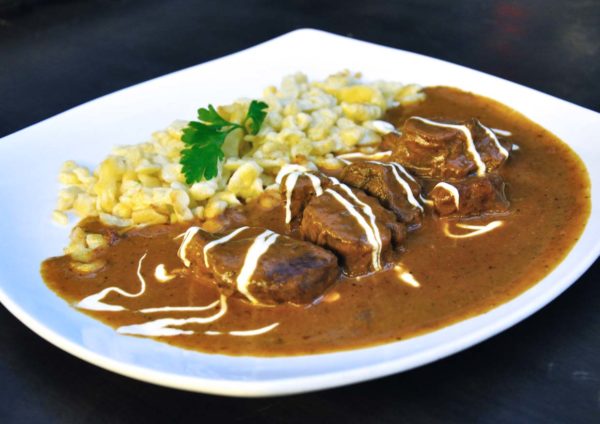 Served together with sautéed spinach and parsley potato with balsamic dressing, your craving for fish will surely be satisfied with this delightful char-grilled salmon fillet. 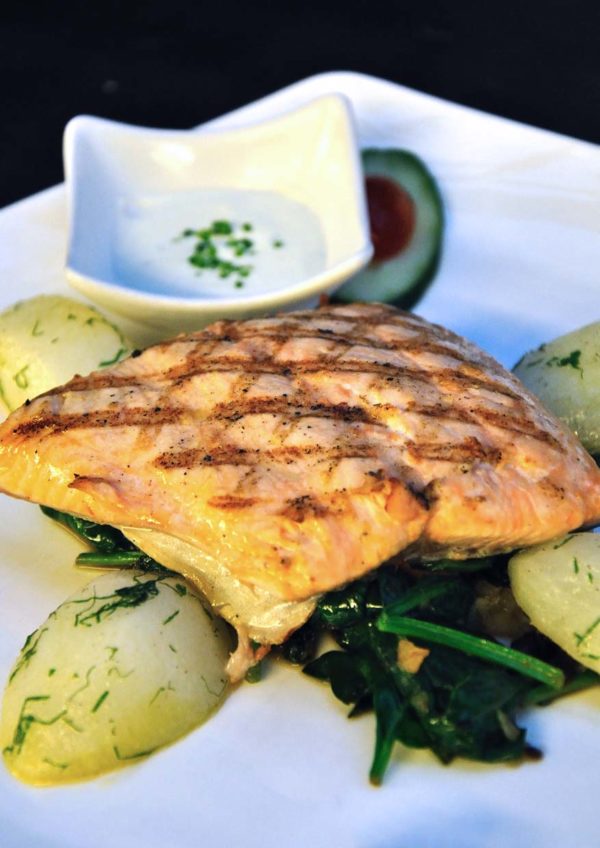 Freshly prepared soft and fluffy Kaiserschmarren, a shredded pancake that made with rum and raisins, served with sweet sourish plum sauce at the side. 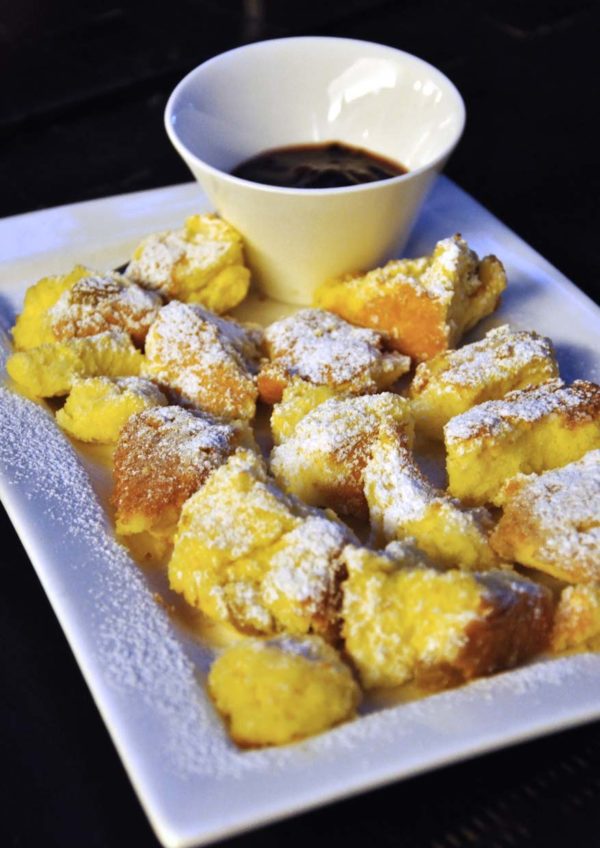 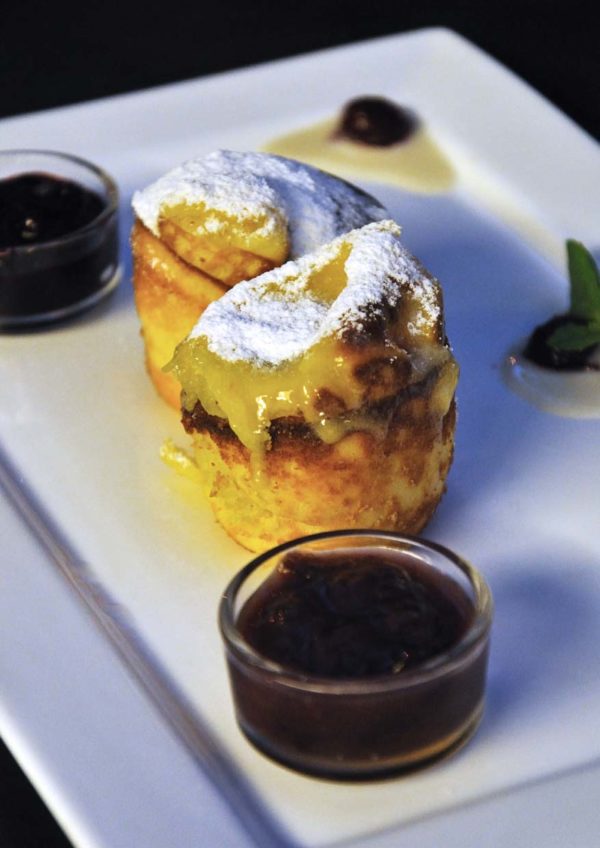 Our refreshing thirst quenching biers, Paulaner and Pilsener, a compulsory here at Brotzeit together with the hearty meal of authentic German cuisine. 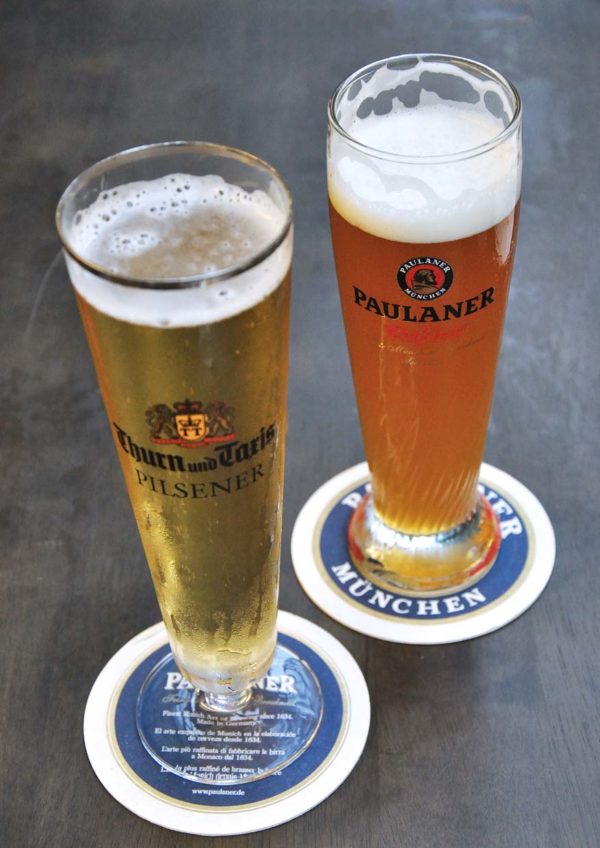 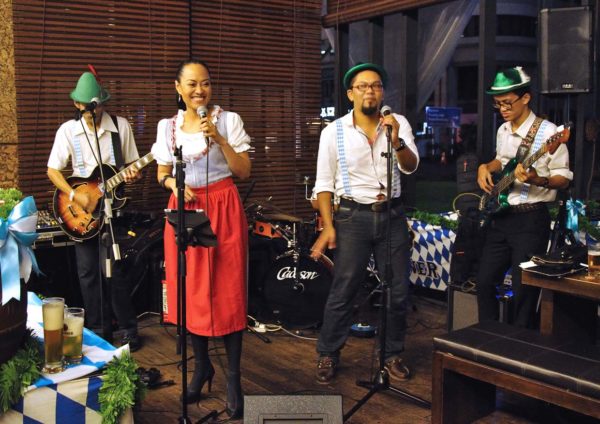 Celebratory dates had been scheduled for 8th – 11th October 2014 at Mid Valley with the 9th completely sold out. Ensuring four evenings of pure Munich style fun and revelry, the all new Paulaner Musikanten from Germany will certainly bring the spirit of Oktoberfest music, song, dance and merry making to Kuala Lumpur. 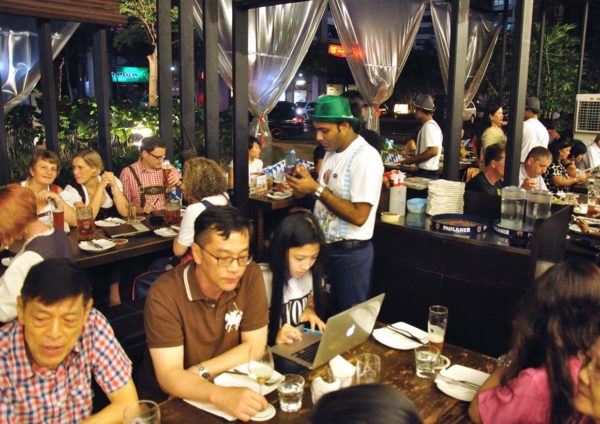 Reservations are by way of pre-purchased tickets priced at RM50 nett including a pint of Oktoberfest bier and a night of non-stop entertainment.

And, throughout the months of September to December 2014, customers who spend a minimum of RM150 in a single receipt at any Brotzeit in Malaysia will be entitled to enter their chance to win a trip for 2 to Munich’s Oktoberfest 2015. Two pair grand prizes will be given away along with a prize for bier for a year and a barrel of bier amidst many other attractive prizes. So, are you ready for this year’s Wies’n?