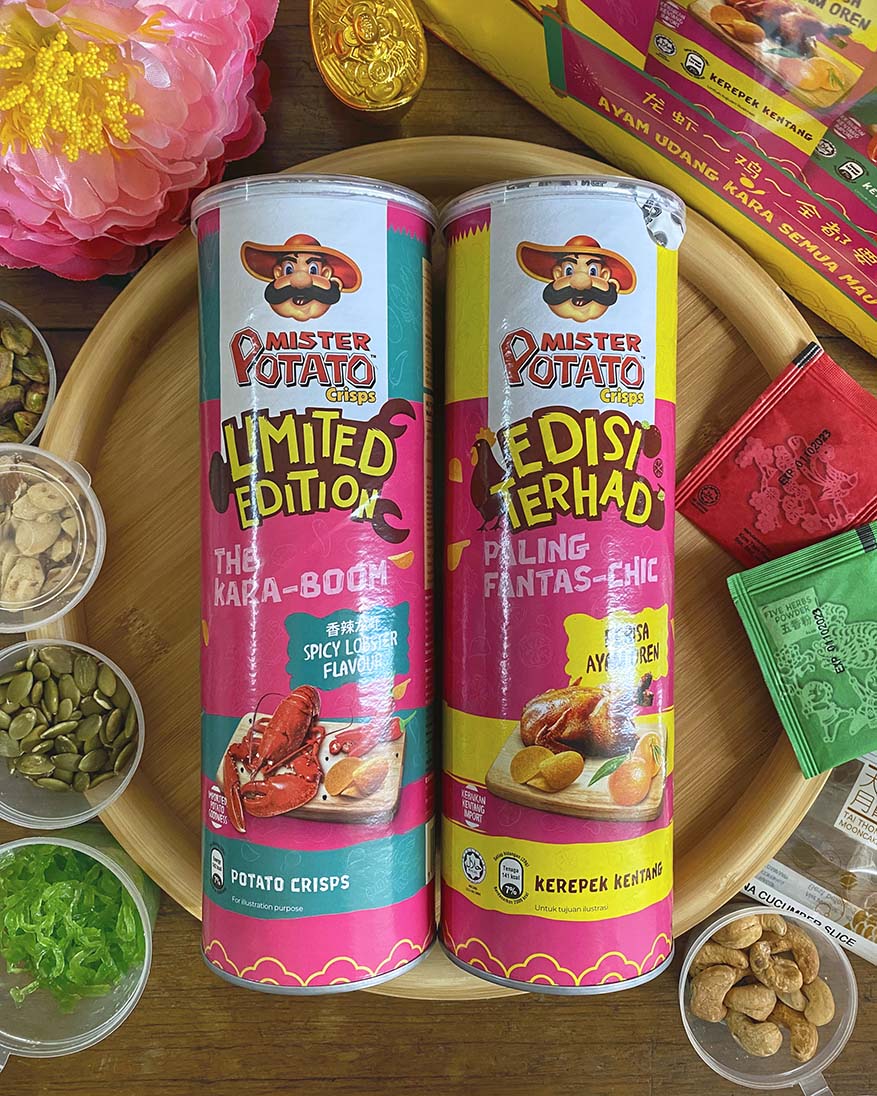 Get ready for a fresh burst of flavours this festive season with the new limited edition potato crisps from Mister Potato. 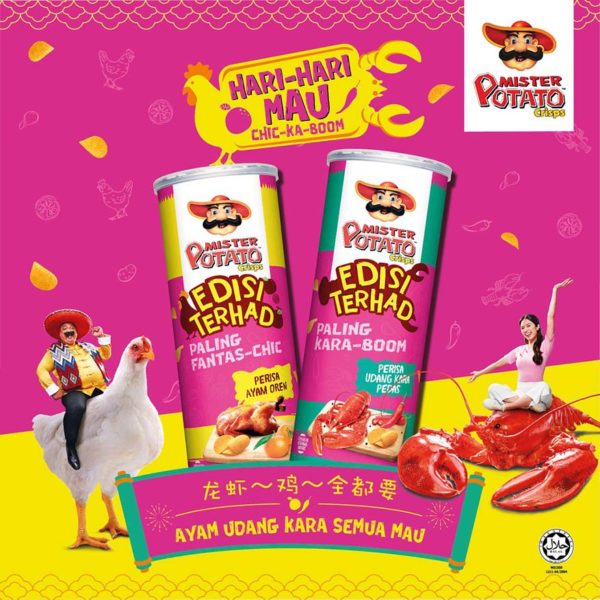 A quintessential Asian dish, Orange Chicken has now been translated into crisps with fragrant chicken flavour accented by tinges of sweet tangy orange to give consumers that familiar refreshing taste but all in a potato crisp. Spicy Lobster, on the other hand, is a tribute to the crustacean known as the “dragon of the sea” and has crisps with seafood flavour and hints of spiciness that Malaysians love. 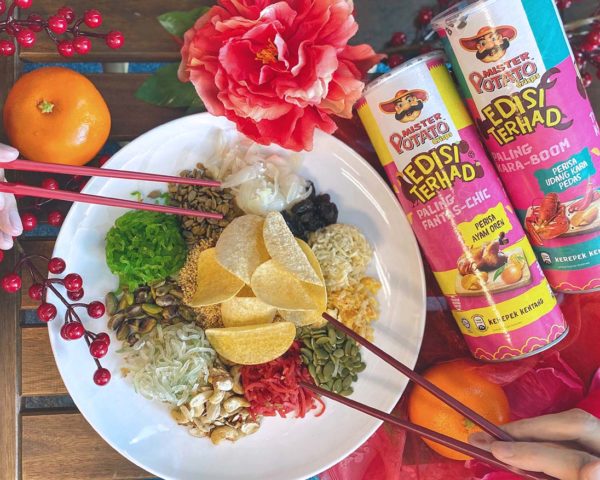 “Our new flavours recognise the auspicious significance of the original recipes, which is why we are suggesting they also be served as part of a yee sang platter. `Kam’, the Chinese word for mandarin oranges, translates to ‘gold’ and is believed to bring riches into life while lobster is supposed to embody strength and fortune,” said Pierre Pang, Group Executive Director of MAMEE-Double Decker.

“Both flavour variants are being sold in the usual canister form but for 2022, we have also come up with a unique yee sang box set that we have worked closely with the Tai Thong Group to create this special version will be available via the Runcit on Call website as well as the MAMEE Official Store in Shopee and Lazada,” he added. “We believe that like our previous releases, these new flavours will appeal greatly to Malaysian consumers and we anticipate a good response to these flavour combinations.” 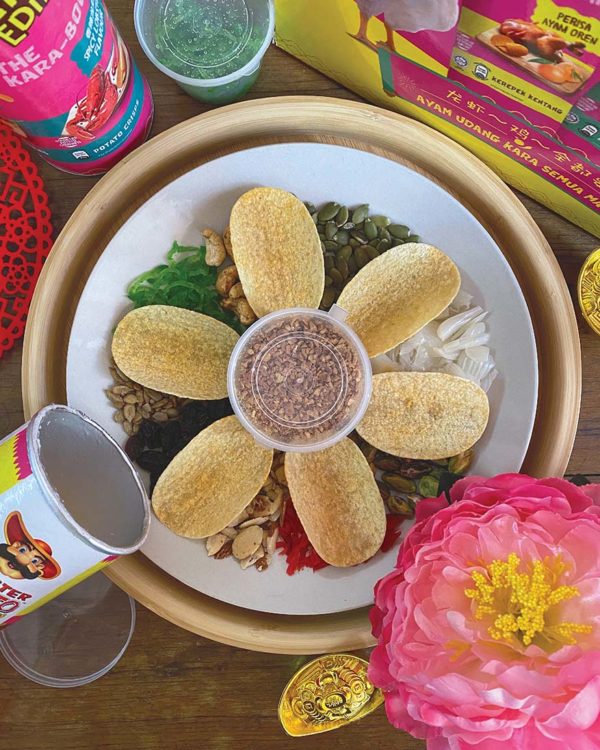 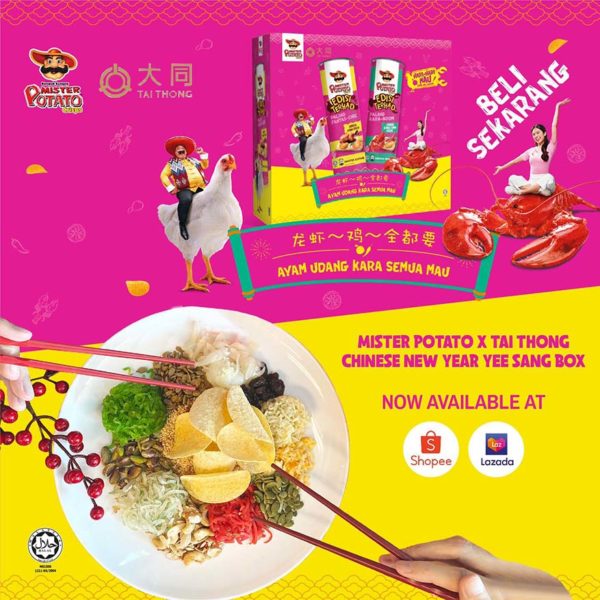 Mister Potato Orange Chicken and Mister Potato Spicy Lobster are available in individual 150g canisters priced at RM4.60 each at all major supermarkets, hypermarkets, mini-markets, petrol marts and convenience stores nationwide, as well as via e-commerce websites such as Lazada and Shopee.

These limited edition variants are also available in gift box sets priced at RM48.88 each. The Mister Potato X Tai Thong Chinese New Year Yee Sang Box can be ordered via MAMEE’s official store on Lazada and Shopee or through Runcit on Call.