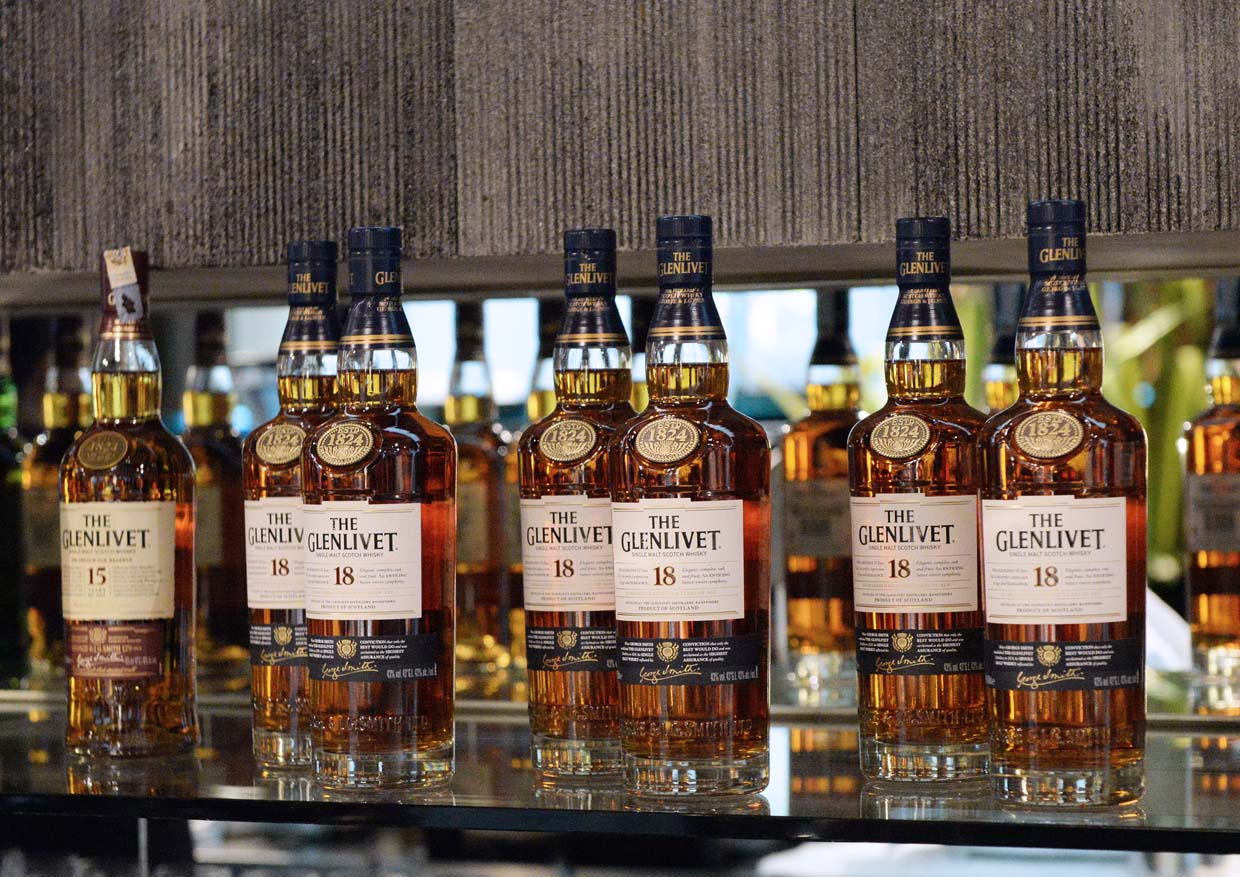 Thanks to the wonderful invitation, I recently get to sample the superb 4-course food pairing dinner hosted by The Glenlivet, the No. 2 single malt Scotch whisky in the world, at Five Sen5es, Westin Hotel Kuala Lumpur. Crafted in the remote Livet Valley since 1824, it is the only whisky with the unchallengeable right to be called The Glenlivet. 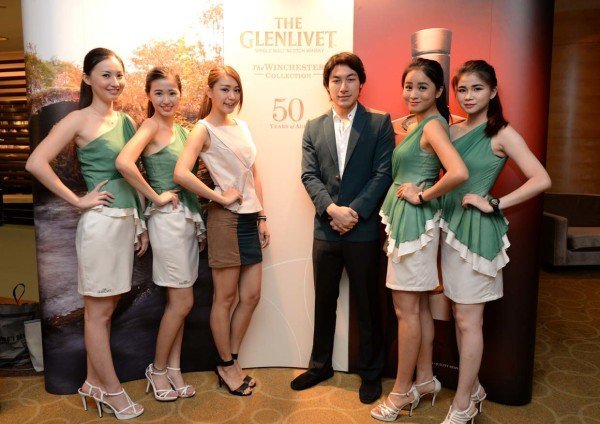 The event on 12 June 2015 also witnessed a history made by The Glenlivet for clocking in the highest price ever paid for a single bottle of single malt whisky in Malaysia at RM96,000, after a 50-day online auction that started the hunt for a buyer and a home for Bottle No. 3 from The Glenlivet Winchester Collection Vintage 1964.

Bidders had to register as a Guardian on the online bidding site which at the end of the auction, had over 200 registrations.

“The response to the auction has been both nerve wracking and exciting,” says Brand Manager Angelyn Gan of Pernod Ricard Malaysia. “The whisky community in Malaysia, among them our Guardians, has definitely grown.” 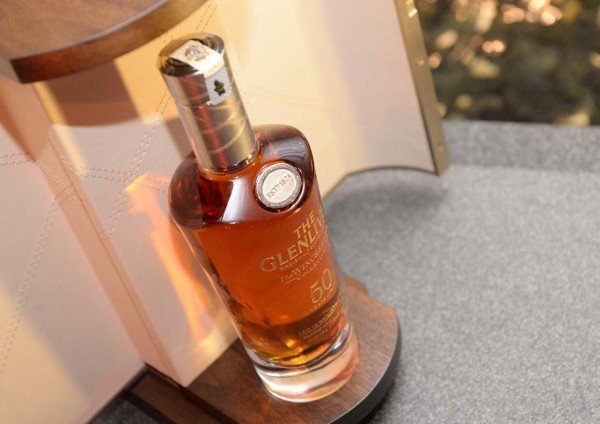 The Glenlivet Winchester Collection is a series of 50 Year Old single malt Scotch whiskies, which will be released over the next few years, starting with Vintage 1964 in 2014. Taking its name from current Master Distiller Alan Winchester, this exquisite collection of rare whiskies represents the legacy of a generation of men whose unparalleled craft and skill created this, the rarest of whisky.

This cask of exceptional quality, made of American oak seasoned with Bourbon, has created a symphony of distinctive flavours, full of the signature fruity notes of The Glenlivet, intensified with age. Ripe pears, oranges and black cherries create an intriguing flavour, while smooth, creamy toffee notes give a rich, velvety texture. In the background, hints of caramelised sugar entice the taste buds and endure on the palate, creating the sort of whisky that legends are made of.

Acclaimed Scottish glass artists Nichola Burns and Brodie Nairn (GLASSTORM) have created a decanter design, inspired by The Glenlivet’s glorious history. Completing the decanter is a jewel-like stopper, designed by internationally acclaimed silversmith Richard Fox, whose past commissions have included Formula One and Rolls Royce. The design combines precious materials such as rose gold, and is crowned with a ‘Cairngorm Stone’, often known as “The Whisky Stone” as a result of its unique colouring.

Completing the craft and expertise for Vintage 1964 is a presentation cabinet designed by award-winning furniture maker, John Galvin. Galvin has applied traditional cabinet-making techniques to a contemporary design, resulting in a beautiful, bespoke piece that will stand the test of time, just like the rare and precious liquid that is housed inside. 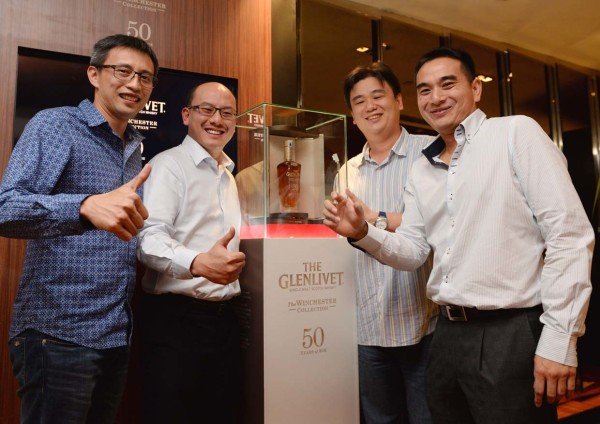 The coveted bottle went to not one but four esteemed Guardians. Brought together by a common love for whisky, they decided band together and pool their resources to win the right to own one of the rarest bottle of single malt whisky ever produced.

“It was definitely a tight race. We knew there were several others vying for it. It is a great bottle, a rare collector’s item and we are extremely pleased to have won it. We do not know when we will be opening it so for now we would like to savour the thought of being the ‘Guardians’ of this special bottle. When we do actually open the bottle, it will definitely be a unique occasion,” said one of the four Guardians, whom all declined to be named.

The winning bidders will also receive a personalised trip for two to Scotland which includes a tour to The Glenlivet distillery, compliments of Pernod Ricard Malaysia. 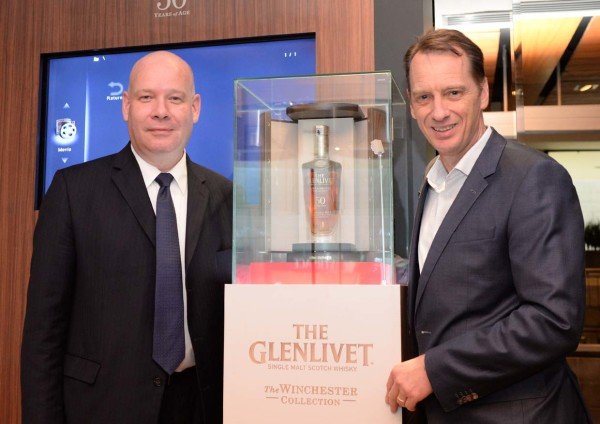 “Malaysia is an important market for The Glenlivet. It is an honour for us to have a Malaysian Guardian add Bottle No. 3 of Vintage 1964 to his collection,” says Darren Hosie, Chivas Brothers’ Regional Mentoring Manager. 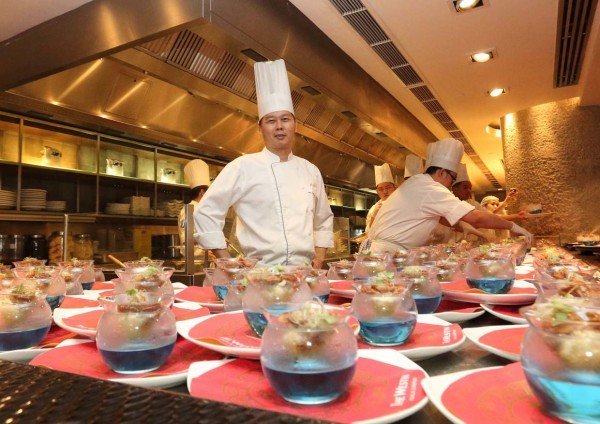 The Malaysian chapter of The Guardians was formed through a series of “Taste and Discover” events which included pairing whisky with gourmet coffee, aged beef tasting and even, a haircut at the oldest barbershop in the world whilst sipping a dram. 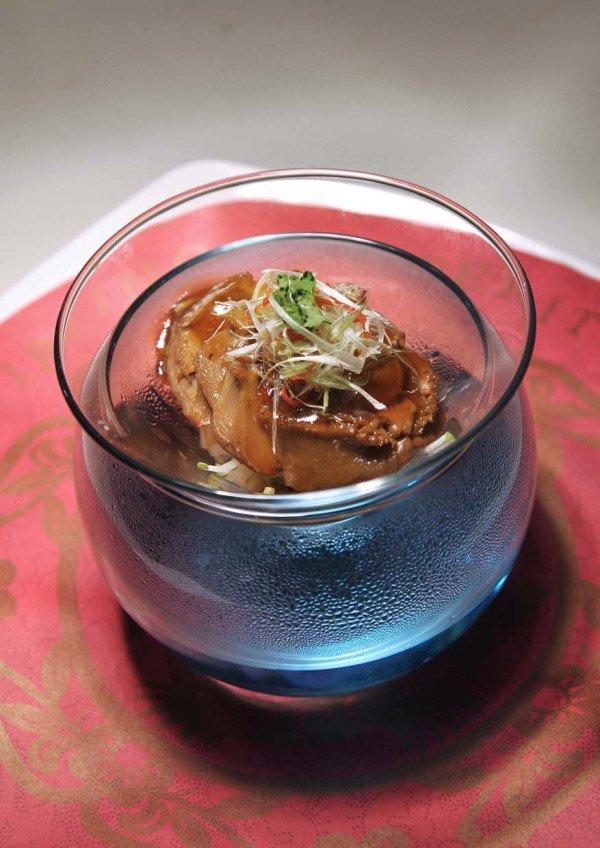 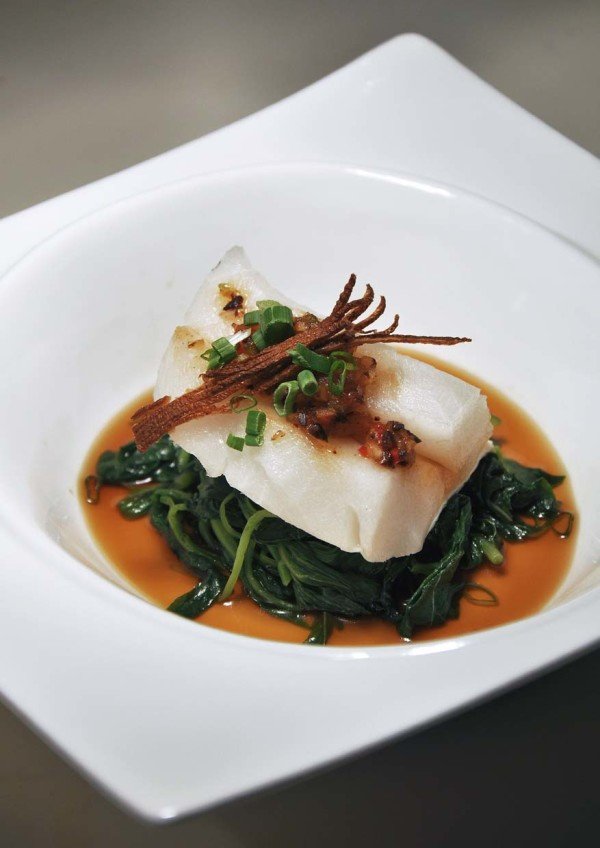 Each flavour is crafted with precision and passion to bring out the best in every ingredient used, like this foie gras and roast duck roulade dish. 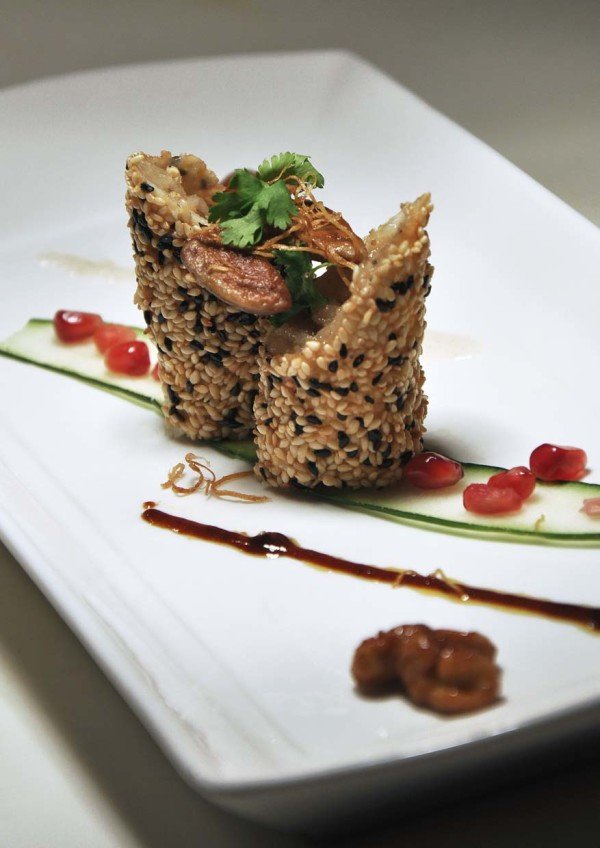 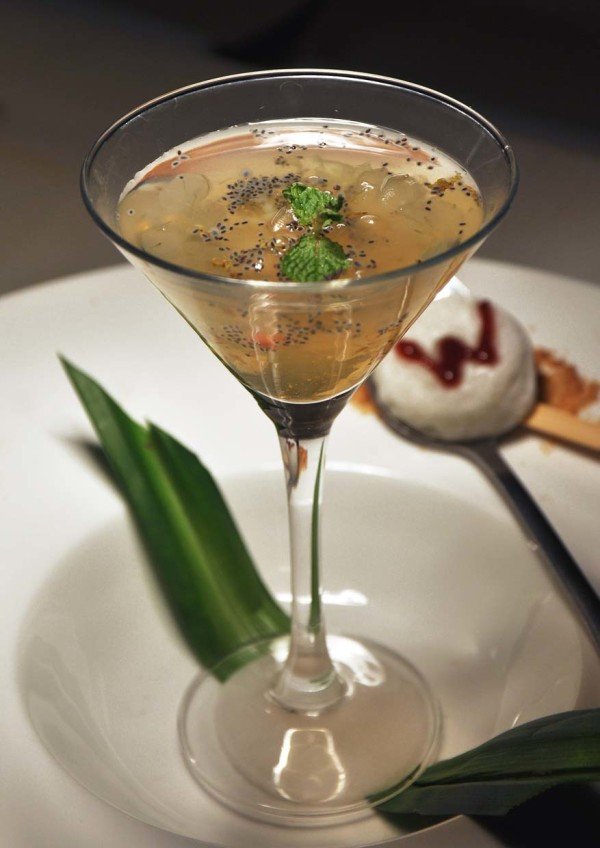 To be a Guardian, please contact Rachael at [email protected] For more information, check out The Glenlivet Malaysia Facebook page at www.facebook.com/theglenlivet.my.

I think the Glenlivet Winchester 50 is pretty smooth to pair with the foie gras and roast duck roulade dish.

Been hearing a lot of this whisky. Definitely a good drink paired with fine dining.

Nice food presentation with the Whisky. Love it

Nice one! Hope you had a great time there 🙂 Drooling looking at your amazing pics 🙂

Your food shots are really beautiful makes me salivating.
And my brother would know how to appreciate the drinks.

5 senses …. it definitely is heightening the experience with a good Whisky and all those yummy food in a beautiful environment

Gosh im drooling by just looking at the foods!! :O

Such a fancy event! Sounds like an extremely exclusive drink 😉

Wow that whisky is too high class for me haha. But good one to pair with good food! Bet you had a very fulfilling meal haha.

Looks like a high class whisky with good food. Love the presentation too.

the Glenlivet was so exclusive . all the food just so fine!