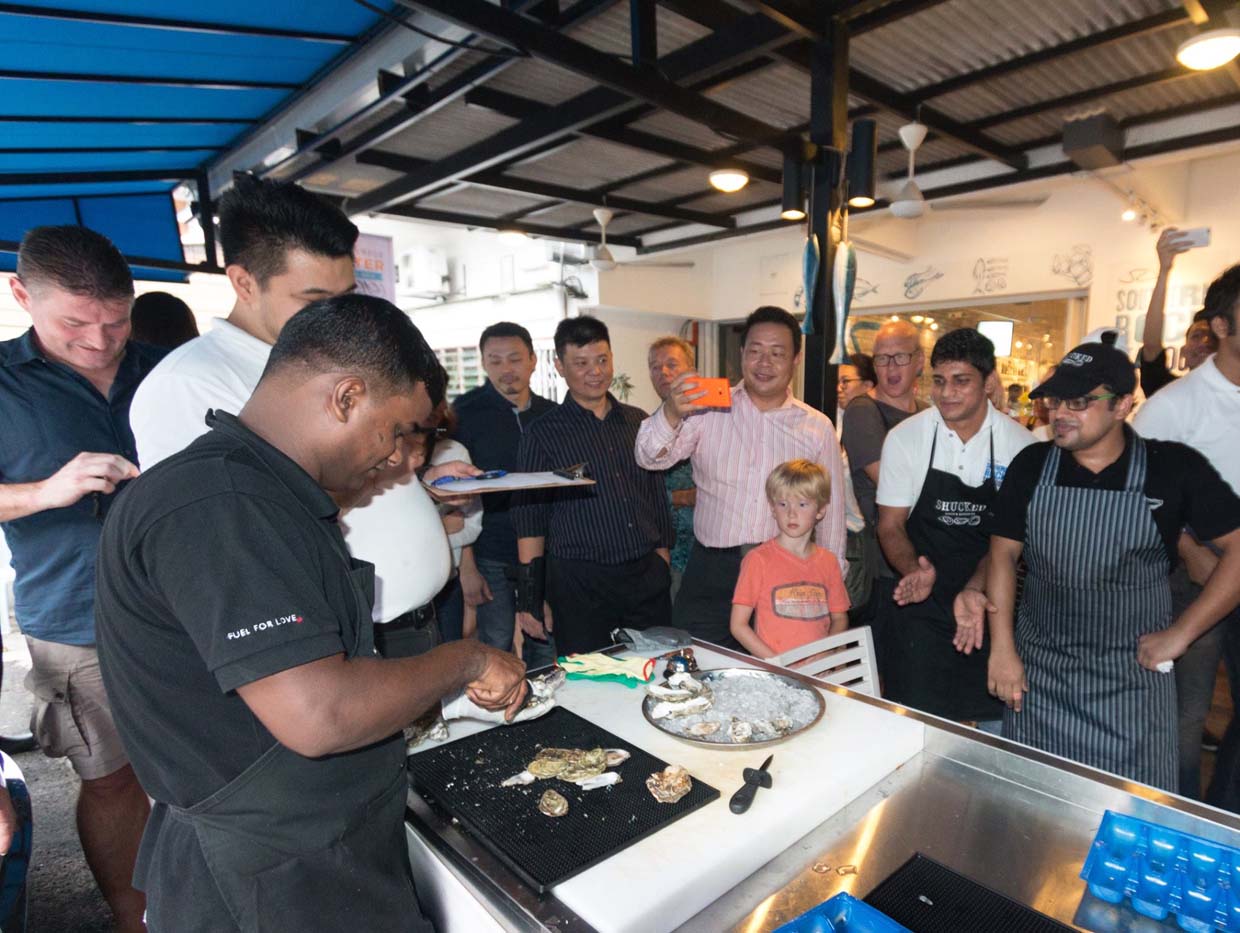 Malaysians love seafood so much and especially oysters, hence Southern Rock Seafood is celebrating this great taste with the Kuala Lumpur Oyster Festival in October 2015.

Since 2009, Southern Rock Seafood has introduced the world of premium, appellation-specific oysters to the folks of the Klang Valley, Johor and Penang. They have the greatest range and variety of oysters ever seen in Malaysia, from classic French Fine de Claire, to New Zealand Cloudy Bay, to Ireland’s super-premium Gallagher Specials, and over a dozen appellations in total. 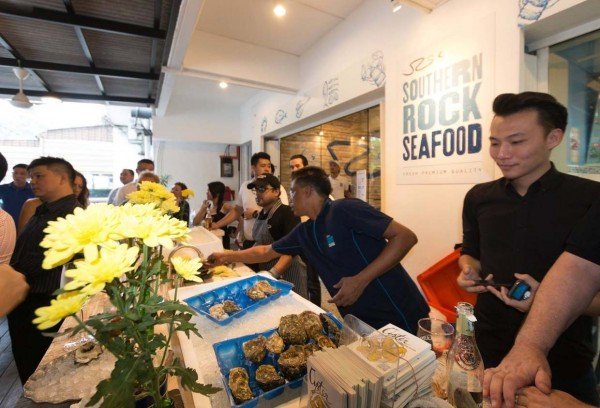 Oysters are GOOD for you and they are a “BEST CHOICE” for sustainable seafood from California’s global Seafood Watch, with lots of zinc, iron and rare amino acids that pep up your performance in general life and in the love department.

High in protein and low in fat, oysters also have high levels of tyrosine, which is used by the brain to help regulate mood and adapt to stress. Oysters can help to maintain collagen and elastin fibers as well that prevent skin sagging and wrinkles. 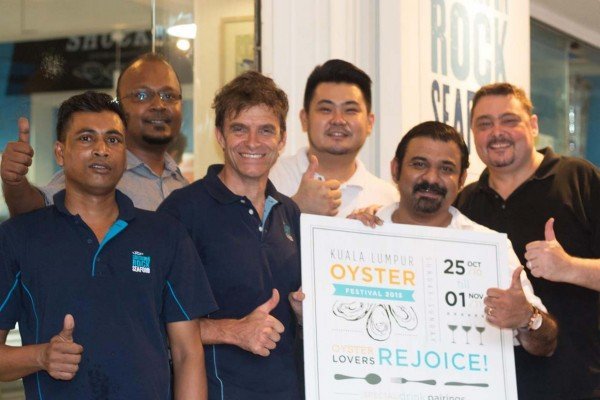 This first ever Kuala Lumpur Oyster Festival will run from 25 October to 1 November 2015, and will be the preview for the big one which will be held in April next year.

Thanks to the support of sponsors like Guinness Anchor Bhd, Iconic Wines and Beluga Vodka, Southern Rock Seafood offers some great deals on the oysters, Guinness, Strongbow, selected wines and vodka throughout the week.

In addition to the SHUCKED, Southern Rock Seafood would like to thank their good customers Bait Bangsar, Soliel, La Bodega, Press Room, Spitalfields, Magnificent Fish and Chips for the support and participation. 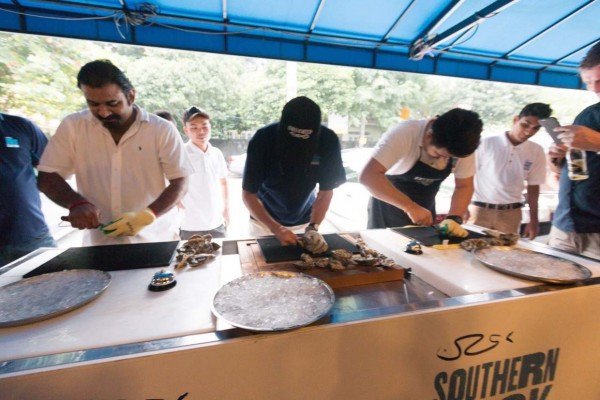 Southern Rock Seafood will hosts some great oyster tasting events including the Oyster Master Class Dinner on 28 October 2015, where customers can experience the widest range of fresh oysters (12) ever available in Kuala Lumpur from around the world, expertly paired with Guinness, Strongbow and champagne. Champagne grower Laurent Robert and Oyster expert Josh Green will be on hand.

Besides that, Southern Rock Seafood will also holds the very first Oyster Carnival next throughout the day on 1 November 2015 with great oysters, seafood, drinks, music, dancing and games.

During the event, there will be the preliminary “SHUCK OFF” or Oyster Opening Competition to determine the national shucking champion to represent Malaysia in the World Championship in Galway Ireland September 2016. If you fancy your chances, do come and test your shucking skills or learn how to shuck better from these shucking masters.

Open to anyone resident in Malaysia, the Malaysian Oyster Opening Championship will be judged by the previous world shucking champion Michael Moran and oyster farmer Edward Gallagher. Guinness and the Irish Tourism Board have also agreed to host the winner during their stay in Ireland for the World Oyster Opening Competition September 2016.

i have fews friends fall in love with Oyster much 😛

Wow, a stay in Ireland for eating oysters?! Where do i sign up? 😀

Oyster is my favourite food. I really fancy for those fresh oyster. Yummy….

Was i think if i go i can win! HAHHAA….Coz i super love to eat oyster!

Although I am allergic to oysters, it is certainly fun to read. I didn’t know such competition exist! 😀

Ah I missed it 🙁 Guess I’ve to wait for next year’s April! 🙂 Can’t wait to watch the oyster championship!

This is interesting! We love oysters and esp live ones.

I love oysters and a festival dedicated to them is wow! I should have read this earlier

That really interesting competition and first time I heard of this competition. Do audience get to try the Oyster ?

Its lovely to see the mechanics of how the contest goes. First time I am hearing about it but it looked like quite a lot of fun.

How marvelous to witness this oyster festival. I wish there is something as exciting as this in Ipoh too!

An interesting and different kind of competition…. definitely of great interest,….

This is so cool. I like oysters but can only eat a few at a time. If i ate too many i feel dizzy.

Opening an oyster is so much of hard and meticulous work that I will just leave it to the experts.
And kudos to the organizers for banking on this as Malaysians really do love their seafood.

Didn’t know got such things as an oyster festival in Malaysia haha! Very interesting

I don’t think I would aware of such festival if it weren’t because of your blog. This is such a cool festival where you get to taste and even get nominated for shucking competition.

never thought they have this kind of festival. this is cool!

Oyster again. had see a few sharing a bout oyster today . your sharing look so informative.

Nice to see shucking picking up in Malaysia, always see these competitions only on TV. Nothing beats a good shucking and a couple of pints of guinness.

Oyster festival? This sounds so cool!~ Such a lovely kind of championship!