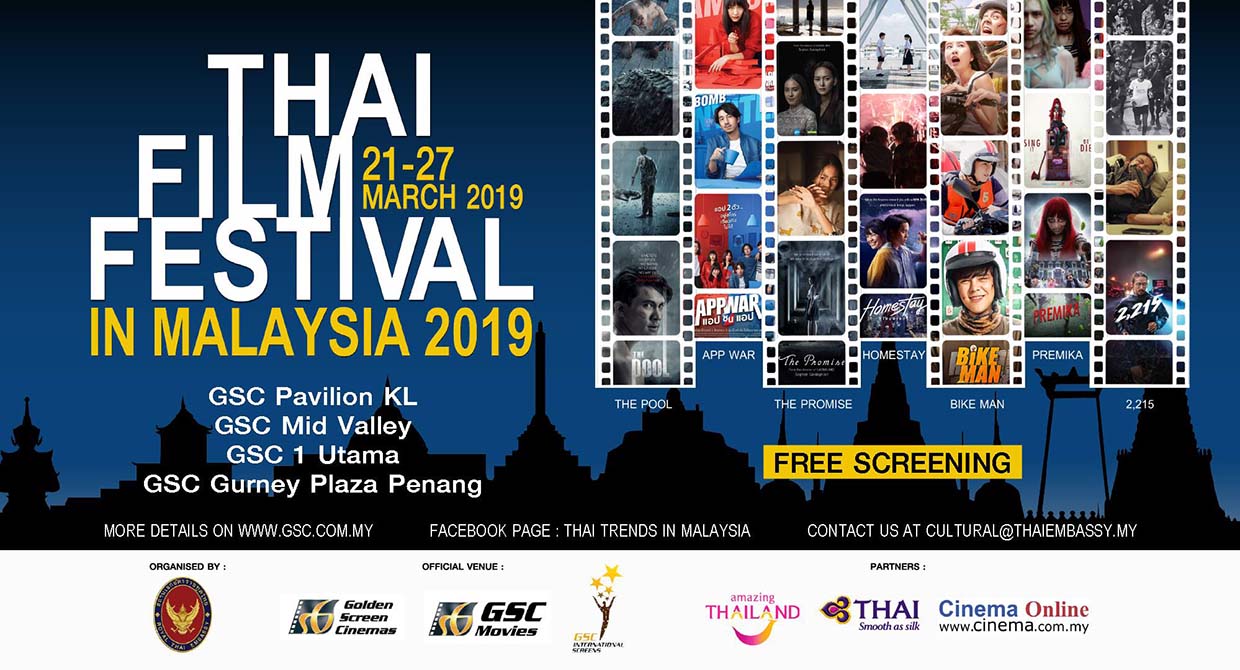 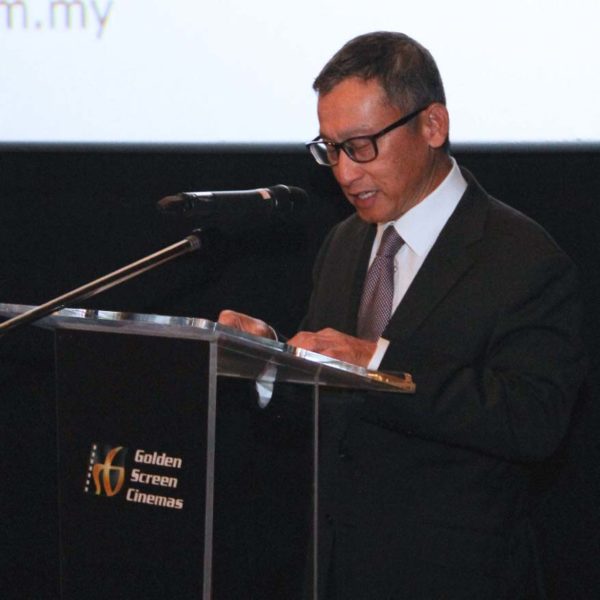 “Sakkarin” is a 25-year-old guy, whose mother wishes him to be a banker. To keep his mother happy, he leaves home every morning in a bank uniform before changing into the outfit of a motorbike taxi man – his real job. But secrets don’t exist in this world when he meets his high school crush “Jai”, a real-life banker, “A” Jai’s boyfriend and a bank director, and “Uncle Preecha”, an ex-cop and a friend of his father’s who always has an eye on him.

A haunting spirit of a dead girl who possesses a karaoke booth by the name of “Premika” after the clothing tag she wears. One night, someone accidentally switches on a karaoke booth which Premika possesses. She is then awakened from death and is now ready to scare and torment whoever sings incorrectly or out of tune. A horrifying, tuneful, and truly amusing ghost story.

A wandering spirit is given a “temporary body” as a reward from heaven. This spirit is mystically allowed to stay in the body of a young man “Min” who has just passed away. But time is running out. The cause of Min’s death has to be found within 100 days of life-changing experience.

A documentary based on the true story of “Artiwara Kongmalai”, a famous Thai rock singer who dedicates himself to a 55-day continuous run during November and December 2017, from Betong, Yala district, South of Thailand to Mae Sai, Chiang Rai, North of Thailand. The distance covered – 2,215 kilometers – has become the documentary’s name. His goal is to raise fund for several government hospitals in need of medical equipment.

Ib and Boum – 2 young girls and close friends – decide to commit suicide together in Bangkok in 1997. However, after Ib kills herself, Boum does not keep the promise. The vengeful ghost of Ib returns 20 years later to haunt Boum and her 15 year-old daughter, Bell.

Day, an insecure art director of a commercial production company is left alone to clear up a 6-meter deep deserted pool after the shooting. He falls asleep on an inflatable raft out of fatigue. When he wakes up the water level has sunk so low that he cannot climb out of the pool on his own. He screams for help but the only thing that hears him is some creature from a nearby crocodile farm.

Bomb and June are perfect strangers, who are both apps startup founders trying hard with their co-workers to get their mobile apps off the ground and running. One day they meet each other by chance at their favorite hideaway dinner place and find that they have a lot in common. The evening is so inspiring that Bomb and June, individually, create and launch their own apps, “Inviter” and “Amjoin,” with the very same idea to “find people in common.” But when it comes to business, replicates mean competition. Bomb and June become arch rivals. The national Startup Thailand league is approaching, and each is struggling to win the 100-million Thai baht prize. The stakes are high and “Inviter” and “Amjoin” end up sending a spy sneaking in the other team trying to gain the upper hand. But everything has its price, as the plan gets out of control, and the relationship between the two are being jeopardized.

All screenings during the Thai Film Festival Malaysia 2019 are FREE. To redeem the free tickets, just present a print-out or take a snapshot of any Thai Film Festival Malaysia 2019 photo or articles in any publication, online postings from Thai Trends in Malaysia or GSC digital channels and get 2 complimentary tickets at one of the above-mentioned GSC ticketing counters. The tickets redemption will be on a same-day basis which is the on same day with the chosen show time. 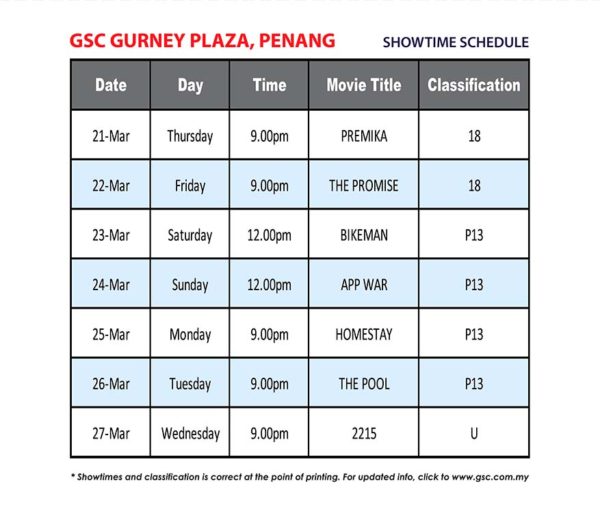 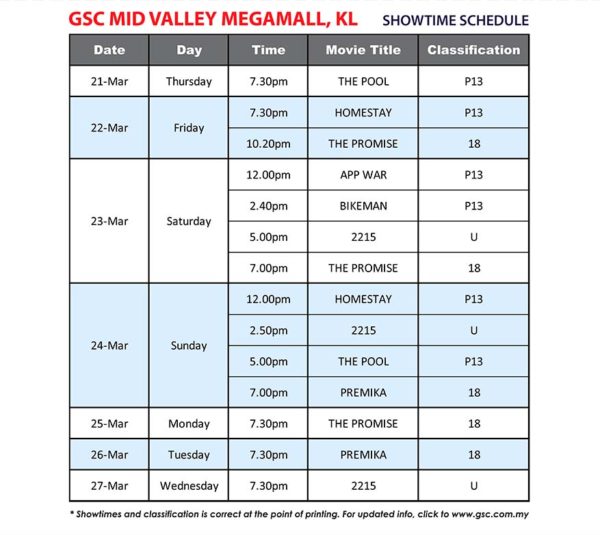 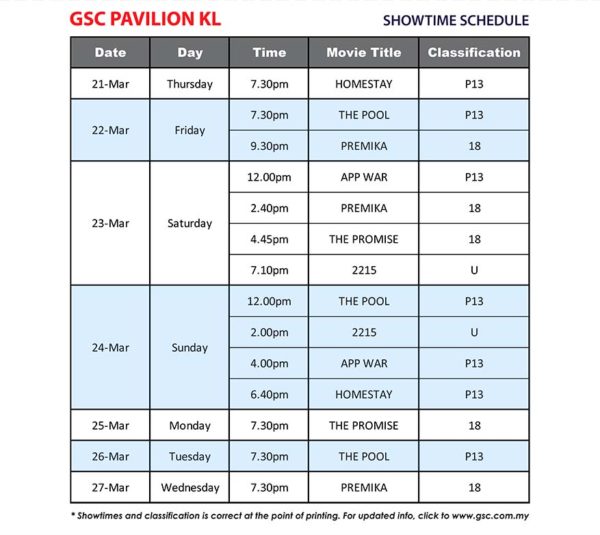 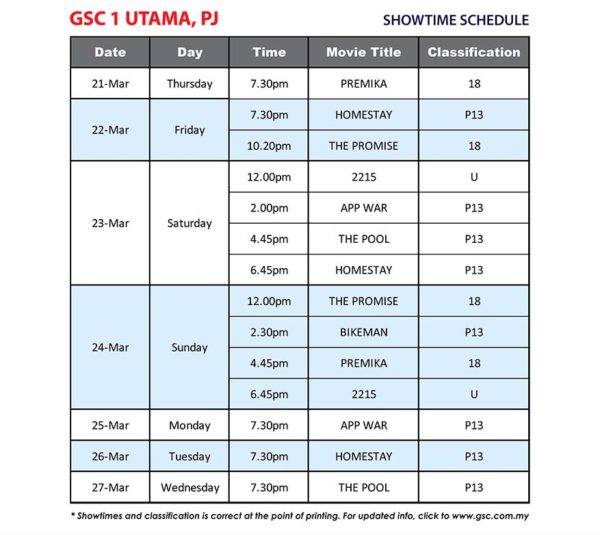 The leading stars of Bike Man will give Malaysian fans an opportunity to get up close during a meet and greet event at ACME Bar & Coffee, 3rd Floor, Pavilion KL on 23 March 2019 from 10.30 to 11.30 hrs. There will be games, photo opportunities and autograph session. 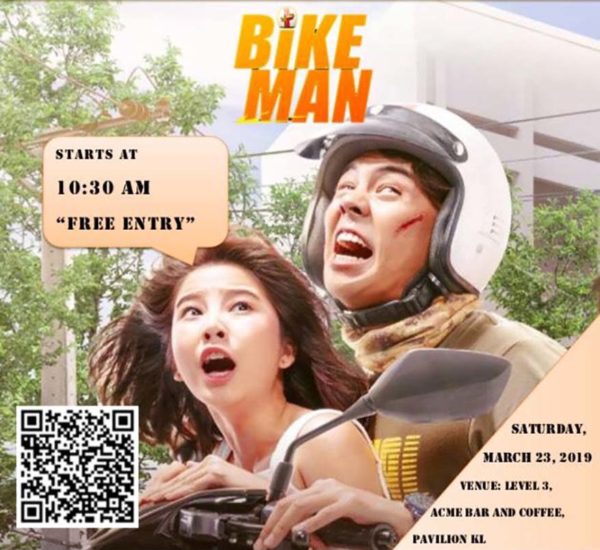 This event is free and open to everyone. Registration is required at docs.google.com/forms/d/1xitfgyxe_8cXXV-vsGxHsB0awsIunrUoDBB2z6CPZzc. The first 100 registered participants will receive signed autographs from the cast.