Thanks for the wonderful invitation, I recently went to Malaysia Agro Exposition Park Serdang (MAEPS) to join the NKF Glow Run together with a few of my blogger friends. 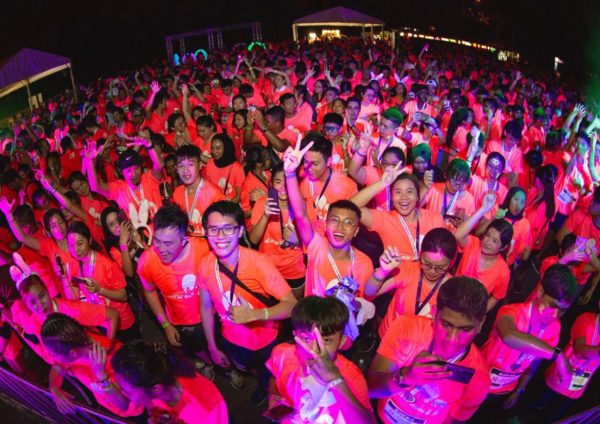 Taking on a carnival-like atmosphere in conjunction with the National Kidney Foundation of Malaysia’s (NKF) 50th anniversary, the event featured among other activities, a luminous 5-kilometre fun run route lined with neon lights which saw over 3,000 participants celebrating life in an evening of pure amusement, laughter, sweat and sheer exhilaration. 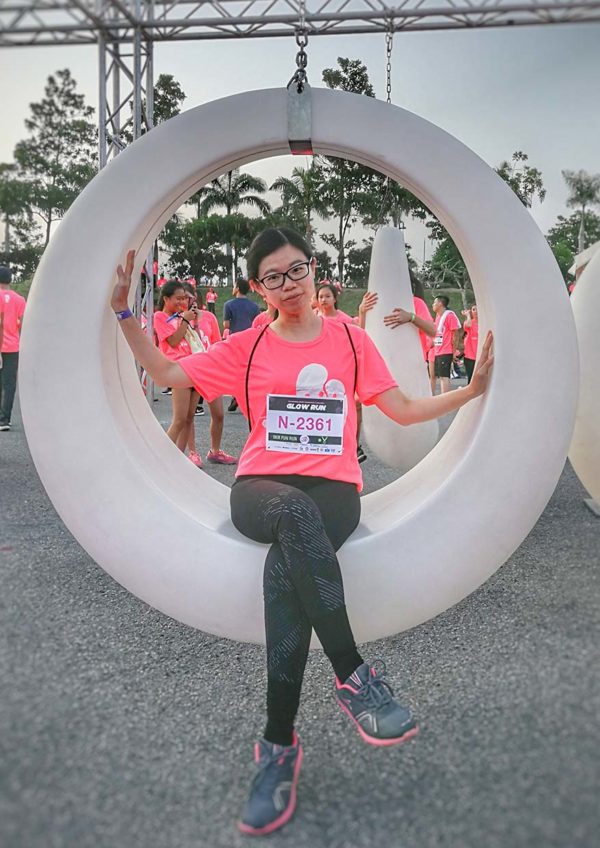 The NKF Glow Run was aimed at promoting kidney health among young adults while increasing awareness of the prevalence of chronic kidney disease in a fun-filled and exciting manner through interaction with lights, which was undeniably a radiating feature of the entire event. 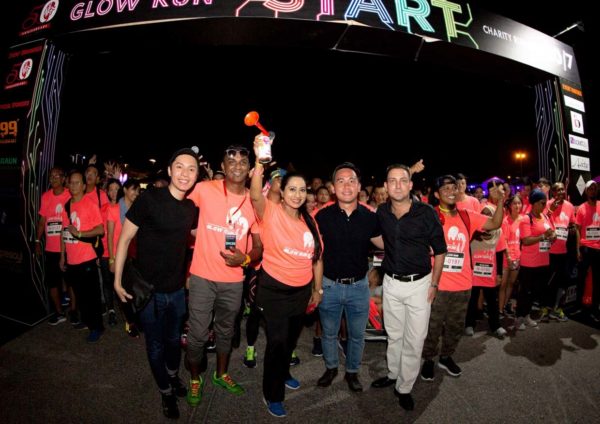 “A great amount of effort has been put by the NKF team and various partners to ensure that the NKF Glow Run is a unique, excitement-filled and exhilarating event. Though this event was a joyous celebration of life, it also carried with it a rather serious message of the importance of preventing kidney disease as well as raising funds and hope for 1,700 NKF dialysis patients,” said Chua Hong Wee, Chief Executive Officer of NKF. 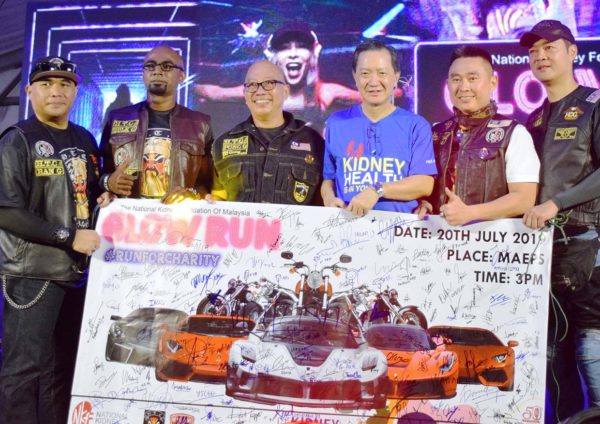 All proceeds garnered from the NKF Glow Run will be channelled towards subsidising dialysis treatment for more than 1,700 poor patients who are currently undergoing treatment at the 28 NKF dialysis centres across Malaysia. The event also saw the handover of 3 dialysis machines by H.T.C Motorcycle Club, Global Heal Group and Next Drive & Friends to NKF. 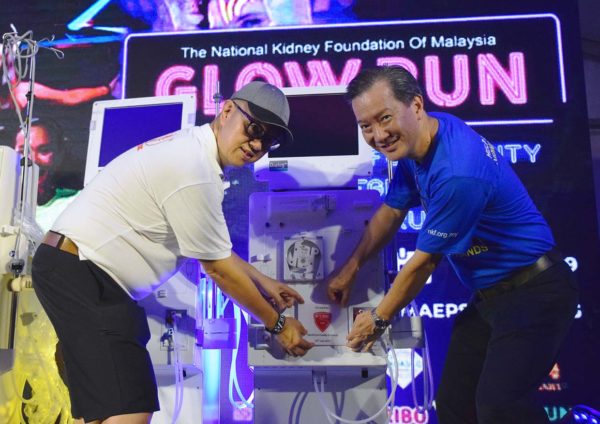 “Through this event, we are pleased to announce that NKF has successfully raised a total of RM120,000 cash and 3 dialysis machines worth RM121,900, thanks to each and every one of our donors. The funds will certainly go a long way in giving our patients a new lease of life,” he added. 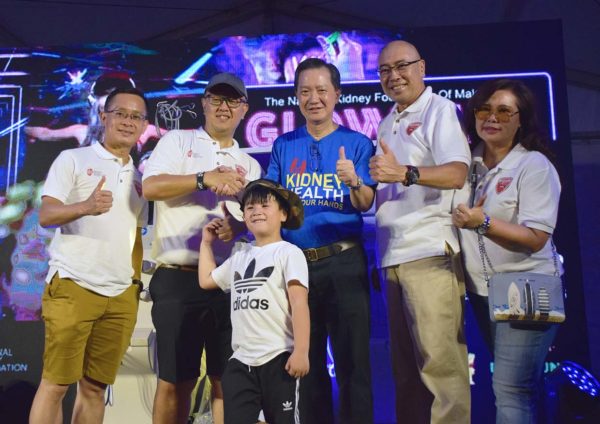 There are currently more than 50,000 dialysis patients in Malaysia with 7,000 new patients every year. It is estimated to double more than that by 2040, which puts Malaysia in third place of the world’s highest kidney related diseases. 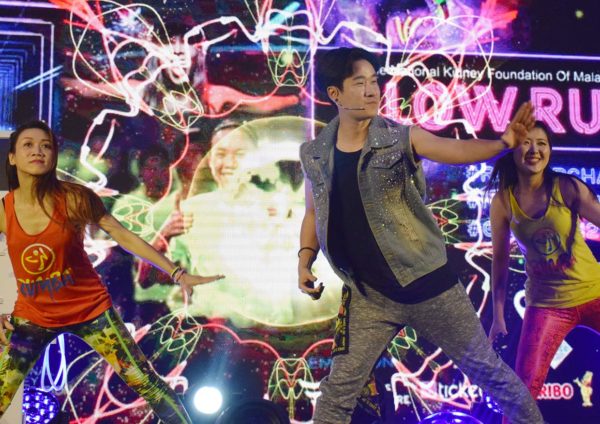 The venue of  NKF Glow Run was decorated with illuminated photo booths and LED swings adding to the vibrancy of the night’s programme, which also included a night market, food trucks and a music festival featuring DJ Alexis Grace, one of Malaysia’s top DJs. 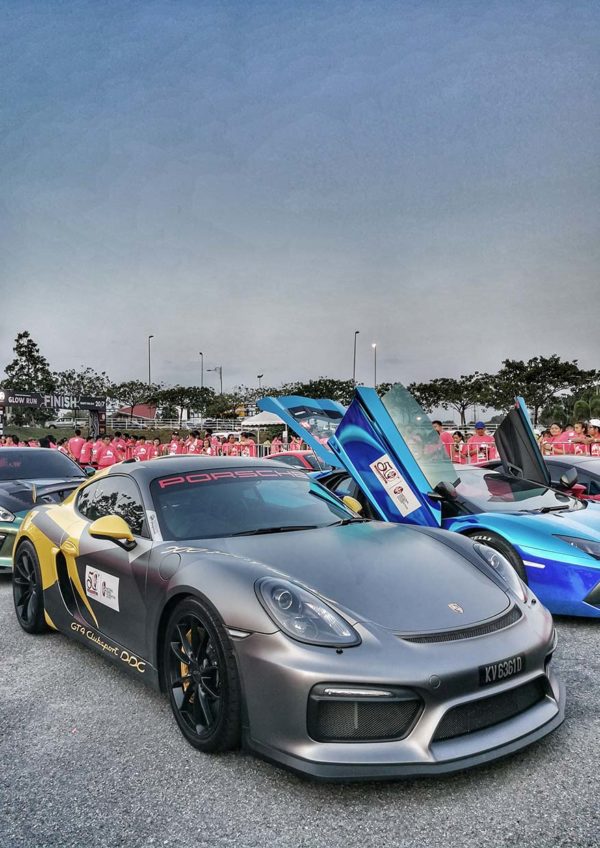 The event also witnessed the consummation of a car exhibition featuring a convoy of high-end luxury and sports cars, Volkswagens and Harley Davidson motorcycles. Leading up to the event, the convoy made prior stops at 1 Utama, Sunway Pyramid, and IOI City Mall, promoting kidney health and raising awareness of kidney disease before finally culminating at the NKF Glow Run. 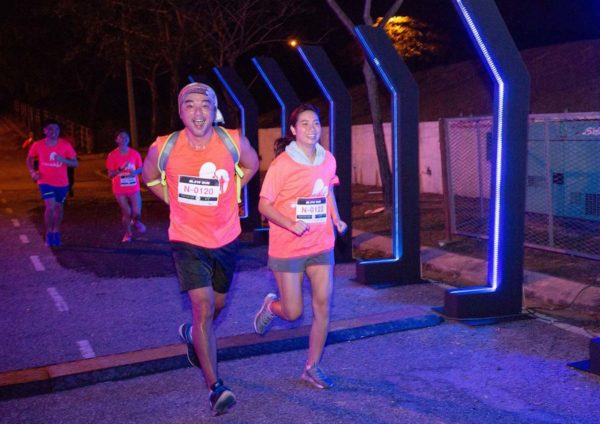 For more information on these and future NKF activities or to donate towards the organisation’s efforts, please visit www.nkf.org.my or call 603-7954 9048.