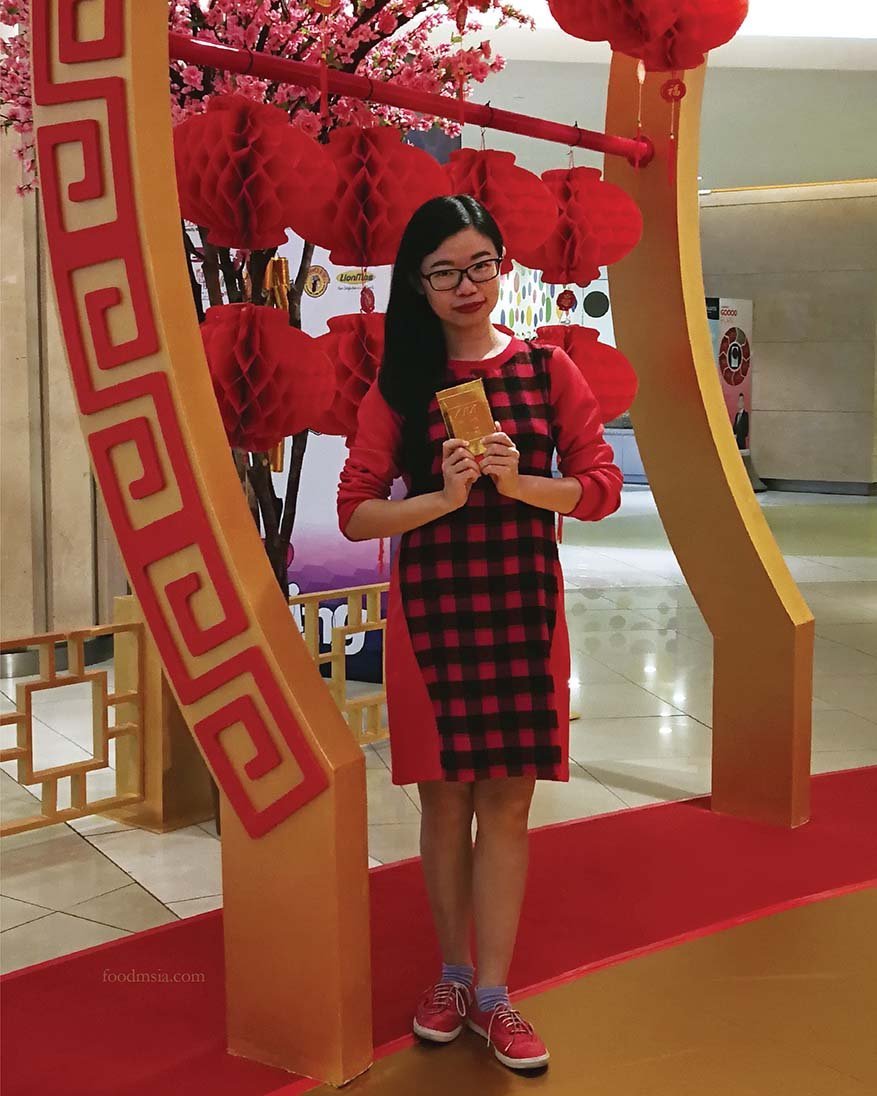 Thanks to the wonderful invitation, I recently went to Klang Parade for the launching event of “Golden Prosperity” Chinese New Year Campaign by ARA Asset Management Limited (“ARA”), which will commence on 19 January until 9 February.

In true spirit of the Lunar New Year, ARA’s malls — Klang Parade, Ipoh Parade, 1 Mont Kiara, and CITTA Mall, have taken to spreading good fortune through its “Golden Prosperity” campaign by giving away over RM200,000 worth of prizes and redemption premiums to big spenders. The climax of this campaign will be its Final Challenge at Klang Parade on 17th February, where 4 winners will be rewarded with gold bars at the end of a series of challenges! 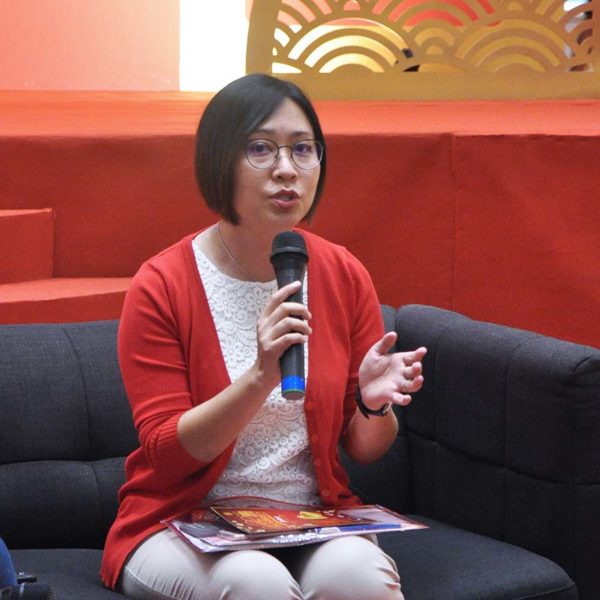 Top spenders will be selected each week during the period to compete at a “Supermarket Rush” on 10 February, and winners will move on to compete as a finalist at the Final Challenge at Klang Parade. 4 gold bars are up for grabs, but only one of these is the coveted 100gm gold bar. 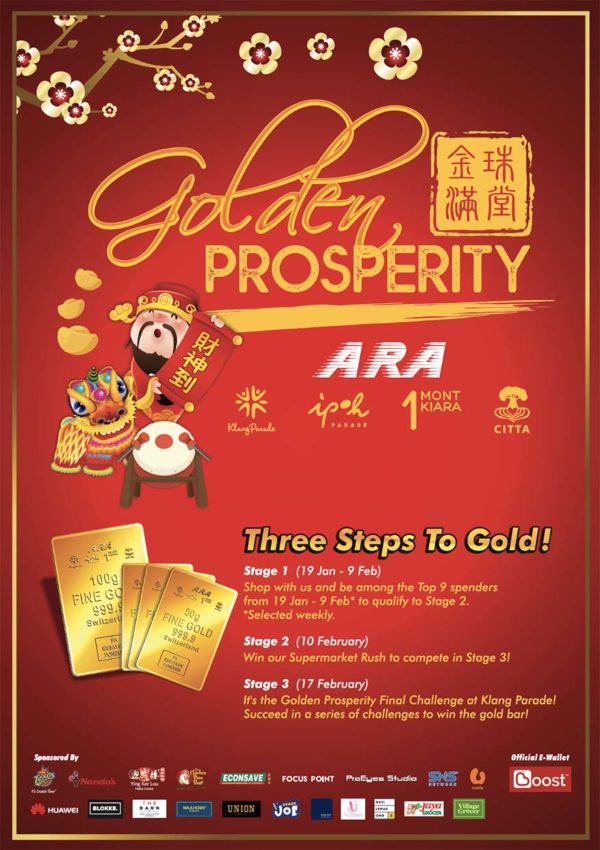 Stage 2 (10 February)
Sweep the supermarket to become the Top 3 finalists representing each mall to compete in Stage 3!

Stage 3 (17 February)
Succeed in a series of challenges to win the gold bars in the Final Challenge at Klang Parade! All finalists will walk home with amazing prizes from our sponsors! 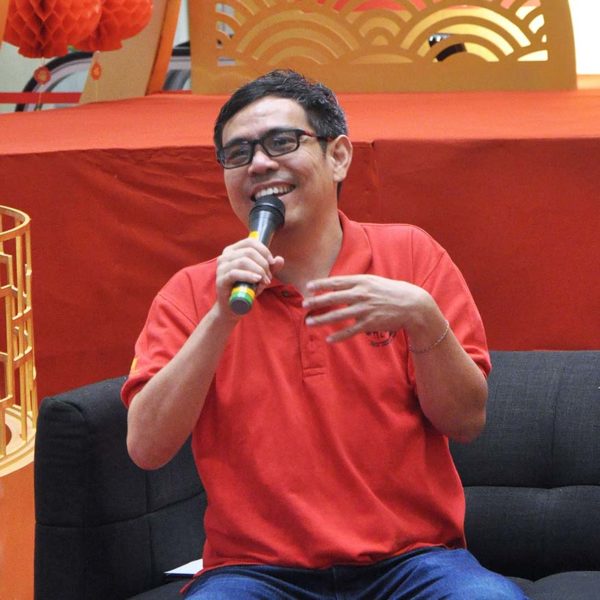 “The Final Challenge is devised as a game show, where the 12 finalists will partake in a battle of dexterity to see who comes up on top. Becoming a top spender is the easy part. We wanted to see how well these finalists fare at the games on stage when the gold bars are at stake,” said Alan Thoo, Group Marketing Head. 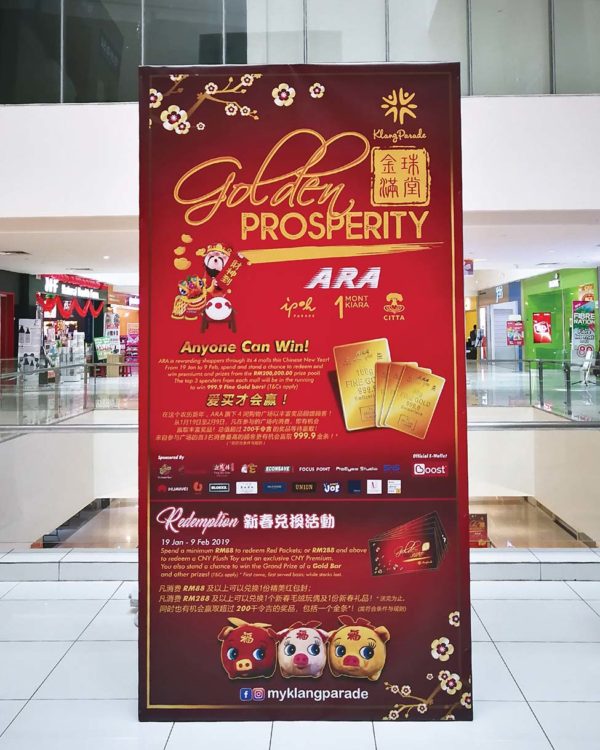 Boost, the official e-wallet for the campaign, will also extend RM1,500 worth of credits to each of the 12 finalists at the grand finale. 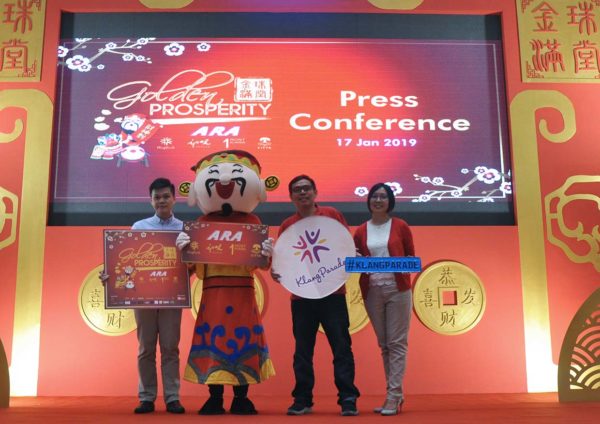 “We’re very thankful to the sponsors who have stood by ARA for this, as it is their contributions that have allowed our campaign to truly prosper,” commented Lim Chee Wai, General Manager. 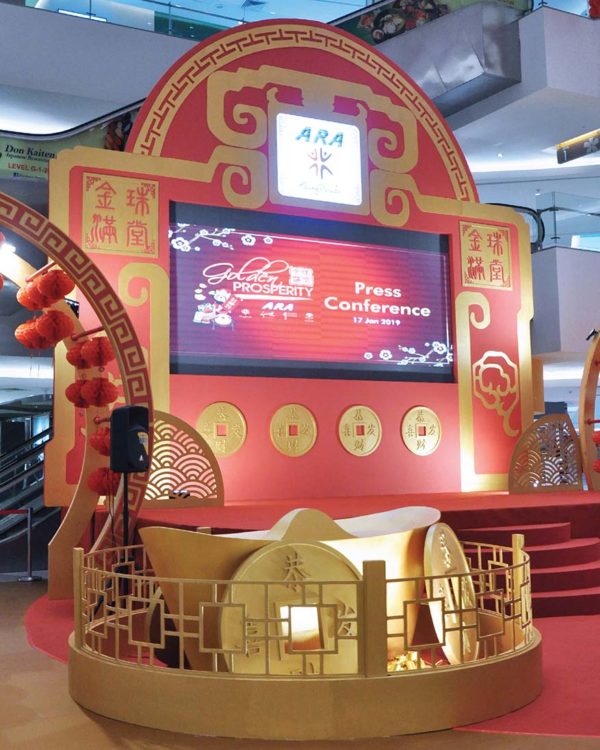 Klang Parade transforms its Main Court into a regal platform that flourishes in red and dazzles in gold. Circular motifs feature heavily in the design, such as the arches flanking the stage and the gold coins at its base; all of which are an extension of ARA’s hope that shoppers would leave feeling fulfilled and prosperous. 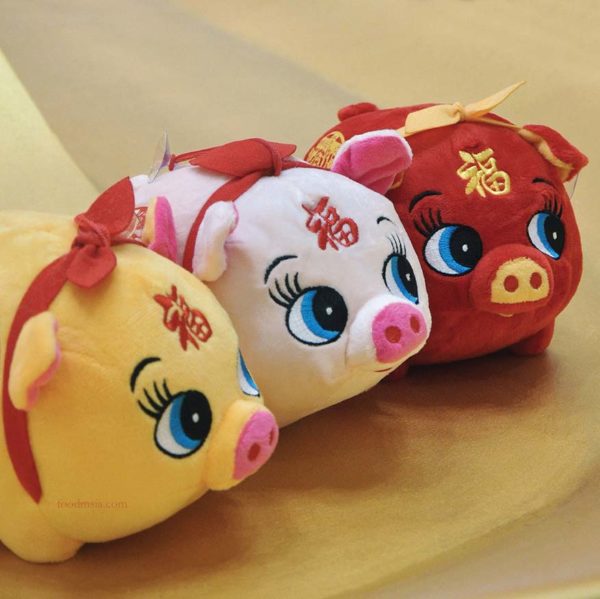 Spend a minimum RM88 to redeem Red Packets; or RM288 and above to redeem a Piggy Plush Toy and an exclusive CNY Premium (first come first served basis; while stocks last). 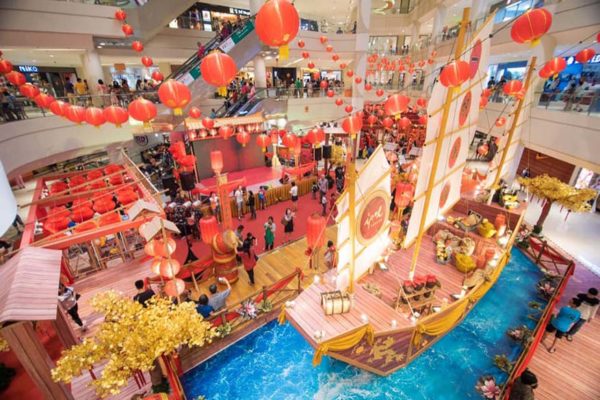 Klang Parade’s sister malls have also transformed for the upcoming festivities, with 1 Mont Kiara welcoming a giant Chinese Lucky Cat into its atrium, greeting shoppers with a wave of its paw. At CITTA Mall, gold coins dangle enticingly at the mall’s Drop-Off Area, almost as if to shower shoppers with wealth! Up north at Ipoh Parade, a Chinese junk has docked at a makeshift harbour, symbolising the safe arrival of explorers as they brave new frontiers in their search for riches.